Chloe saw her neighbor’s twin boys left unattended on the shore in front of her house. “Something’s off,” she thought – and what she found was only the beginning of what she would learn about her silent neighbor’s life.

Chloe was 83 and lived by the ocean shore in a big beautiful house nobody had the time to visit.

A lot had changed in the past 50 years, since the day of Chloe and Harry’s wedding, when he had carried her blindfolded into this magnificent place for the first time.

All these years later, Chloe could still hear Harry’s laughter bouncing off the walls. His soul was in this house, as were memories of the beautiful son they raised together through thick and thin. 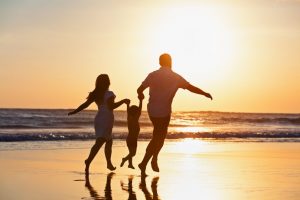 But children grow up, and loved ones breathe their last. Chloe had now been living alone in the same home for seven years.

She wished her son Steve would visit her, even if for only a day. Of course, the young man had a family of his own now, a darling little daughter Eva, and a business to take care of.

And even though Steve did get on video calls with Chloe every other day, she found the whole thing frustrating and kept her conversations brief.

So there she was, watching sunset after sunset, thinking of her son and granddaughter who were miles away, and wishing she was with them.

One such day, Chloe heard sounds from the neighboring house. It was a much smaller place, the kind that should have been renovated years ago. Chloe looked through the window and was delighted to see that she had new neighbors.

Chloe’s eyes widened with childlike excitement as she saw a young woman working in the kitchen, scolding two boys who appeared to be twins.

That evening, Chloe had been standing with a hamper of cookies on the uneven porch of the neighbor’s house, waiting for someone to answer. Sh 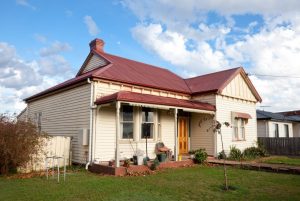 With a rising suspicion in her mind, Chloe left the hamper of cookies at the doorstep, and went on her evening walk along the beach.

Not that she had a lot of company on her walk, but it felt good to simply see people come out of their houses and take in the sun, and it was also amusing to eavesdrop on their everyday conversations in passing.

When you see something, do something.
But that day, Chloe noticed that a particular topic was popular among the neighbors on the shore.

“Did you see that young lady with the twins…”

“…the kids looked so shabby, with their unkempt hair…”

“…the woman was too proud to even wave back…”

“…wonder where the husband is. Wouldn’t be a surprise if he deserted her or croaked…”

Chloe had her suspicions, but she didn’t like the apathy with which the young woman’s life was being discussed.

“Surely, there’s a story there…” Chloe said to herself, trying to think of a new way to connect with the elusive stranger. 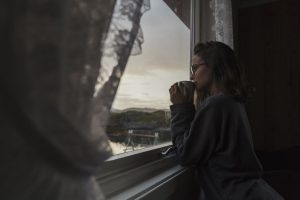 She bumped into the woman at the grocery store the very next day.

And it became instantly clear that the woman was nervous, fishing for something in her bag while the cashier rolled her eyes at her.

The kids running around the woman in circles trying to catch each other was not helping either.

“Step out of the line, please! Some people actually have the money to buy what they want,” the cashier told the poor fumbling woman off.

Chloe felt embarrassed for the woman and approached her before she hurried out of the store with the kids.

“Hello! I’m Chloe, your neighbor. I came by the other day to bring you cookies…” Chloe noticed that the woman was avoiding eye contact with her and pretending to discipline her kids.

“Listen, you’ve come a long way from the house for groceries. Don’t go empty-handed. Let me help. I happen to have some extra dollars in my purse,” saying this, Chloe got lost in her bag for a minute. She found the extra money and a few toffees from last week’s shopping.

“This…” Chloe said, handing out the toffees and trying her best to bend to the kids’ eye level,”…is for you, bright-eyed gentlemen!” 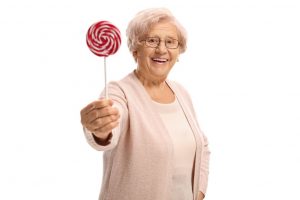 The twins were mesmerized at the sight of the sweets, but their mother’s voice snapped them out of it.

“No! Do not take that elderly woman’s candy,” she yelled, much to Chloe’s shock.

The woman quickly realized how loud she had been, adjusted her tone, and spoke softly yet coldly to Chloe.

“Thank you, but I don’t need your help.” Tugging at the little collars of her boys, she walked out of the store.

Chloe kept thinking of the tears that had filled up in the woman’s eyes at the store. “She’s angry, but she’s in pain. I wonder what she’s been through…”

Chloe was to finally find out about it days later. One morning, when Chloe woke up and walked along the shore, she heard the sounds of water being splashed and the sound of children giggling wildly. She followed the sound and was concerned on finding the twins from the neighboring house standing knee-deep in ocean water.

“Boys! Where’s your mother?” she called out to the kids.

The brothers smiled at Chloe and pointed in the direction of their house.

Chloe looked around and waited with the boys for a few minutes, but there was no sign of their mother. 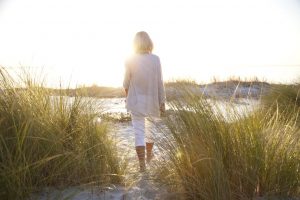 “Why would anyone leave their kids unattended on the shore?” Chloe thought.

“I’ve got to go check!” she told herself while simultaneously grabbing the kids’ hands and walking them to their home.

Thank God she did. Had Chloe ignored her instinct or arrived even a few minutes later, the innocent twins would have lost their mother forever.

As Chloe opened the door, she found the young mother lying unconscious on the kitchen floor, next to a mess of crumbled bread and shattered plates.

The twins started to cry, trying to shake their mother awake. Chloe didn’t waste a second in calling 911 and managed to talk the boys into being calm by the time help arrived.

The first responders managed to revive her consciousness on the spot, and the first face she saw with her tired eyes was Chloe’s.

“My boys! Ralph! Raymond!” the woman cried out to her kids from the stretcher as the medics’ team and the ambulance were gearing up to take her away. 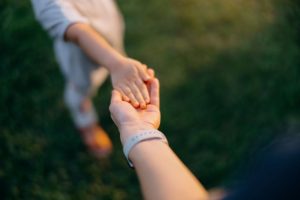 Chloe read the worry in the young mother’s eyes and gripped her palms. “Don’t worry. Everything will be alright. I’ll take care of your sweet boys.”

That was the first time the woman looked Chloe in the eye and tearfully nodded in gratitude.

There was very little Chloe knew about the strange woman, and the gossip about her was only getting worse. But Chloe preferred to believe that the world is rooted in goodness and kindness.

She kept her promise and looked after the kids like a grandmother. She took Ralph and Ray in and let them sleep in the bedroom that was specially made for her granddaughter Eva.

Chloe fed the children nutritious food, played and sang with them, and at night, she answered every qualm they had in their little hearts about their mother’s health.

“She will be up and chasing you around in no time, boys! But she’s going to need you to be on your best behavior,” she smiled and ruffled the boys’ hair.

It was only during these days that the young woman’s truth came to light. The children weren’t old enough to speak their minds, but they led her to a diary of their mother. Page after page revealed that the boys were abandoned by their father, who lived a luxurious life in some big city. 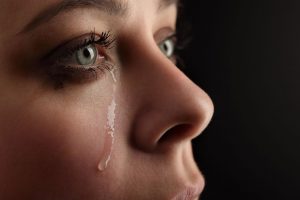 “I’m their mama and papa, now. I will never let them feel abandoned like their father did. I have to provide for them, and someday, I will move them into a big, beautiful house. They will have everything they could ever ask for…” Chloe read through the silent woman’s raw emotions as the kids slept beside her.

Chloe read the diary day and night. By now, Chloe knew that their mother, Phoebe, had developed severe kidney and heart issues due to stress, and that she had been scrambling to make ends meet by selling sweaters and socks that she knit. And being let down by the man she trusted the most explained Phoebe’s hesitation to be socially open or friendly.

Looking at Phoebe’s children eat and drink with such joy, she was reminded of how much she longed to see her little Eva. Chloe wondered if there was something she could do to help make the boys’ lives a little better.

Raymond and Ralph were running freely around the big house at that moment, giving Chloe the answer she was looking for.

Chloe’s connection with the boys only got deeper in the week that followed. By the time Phoebe came home from the hospital, the kids had already started calling Chloe “grandma.” 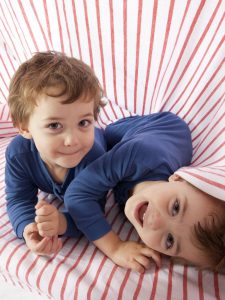 When Phoebe struggled to find the words to thank her elderly neighbor, Chloe hugged her and said: “There’s no need to feel indebted to me, dear. I only did what any decent human being would do. Besides, you kids have ended up making room in my gloomy old heart. This house is yours as much as it is mine, darling,” Chloe said and kissed Phoebe’s forehead.

That was the beginning of a lifelong friendship between Chloe and Phoebe. Chloe looked after the kids while Phoebe went to a new job she had found, and Phoebe took care of Chloe like the mother she would’ve loved to have.

And one Thanksgiving, when Chloe, Phoebe, Ralph, and Raymond were seated at a table full of delicious food, another blessing came knocking on Chloe’s door. It was her son Steve and her granddaughter, Eva!

Steve thought he would be the one surprising his mother with his visit, but it was Steve who was speechless, looking at the sheer amount of joy and love floating around the house. Seeing his mother happier than she had been in years, Steve felt a pinch of guilt for not giving her this happiness sooner.

As everyone at the table went around saying things they were grateful for, Steve made himself a promise: to take inspiration from the young woman, and become another source of love, belonging, and happiness in his beloved mother’s sunset years. 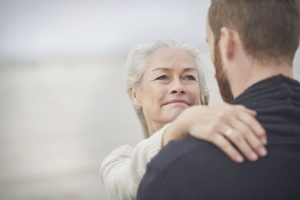