As a child, Lady Louise Windsor once mentioned to her mother, Countess Sophie of Wessex, that people kept telling her that her grandmother was the Queen. She had no idea because her family lived everyday lives and didn’t use their HRH titles.

Sophie Wessex and her husband, Prince Edward, did everything they could to shield their children from royal life. The couple’s eldest child was a daughter, Lady Louise Windsor, and their youngest one was a son, James, Viscount Severn.

The shielding worked so well that when Louise was a child, she was clueless about how royal they were. In May 2016, People magazine revealed how Sophie’s daughter discovered her grandmother’s true identity. 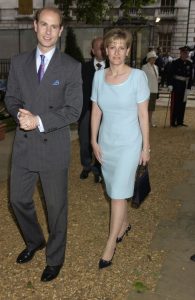 During a BBC interview, the Countess shared how the little girl, then 12, had gone to school without realizing who her grandmother was. Sophie revealed that the incident happened long ago and that Louise was shocked by the discovery.

Her mother recalled how she came home from school one day and mentioned what people kept telling her. She said,

“‘Mummy, people keep on telling me that grandma is the Queen.'”

Sophie asked the little girl how she felt hearing about her grandmother’s title, and Louise revealed she “didn’t understand.” The Countess believed her daughter hadn’t realized that there was only one Queen in England.

Louise and her brother were raised to live like anyone else and even schooled at a regular institution. The children were even taught the value of giving back and caring for the Earth.

How Louise and James Were Brought Up
According to the Mirror, the Wessexes were entirely down to Earth and generally stayed out of the public eye if they could. Sophie and Edward, King Charles III’s youngest brother, had been married since 1999. 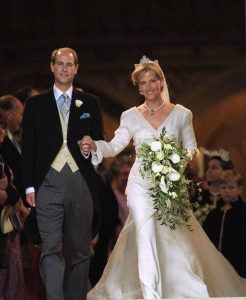 In late September 2022, Louise was 18, while her brother was four years younger. The publication claimed Edward and his wife lived near Windsor Castle, at Bagshot Park, and although they were working royals, they wanted their brood to learn to fend for themselves in the real world.

The family’s children allegedly lived “normal” lives and grew up away from the public eye. Their most recent and rare appearance was earlier in the same month when they stood around their grandmother’s coffin during a Westminster Hall vigil. 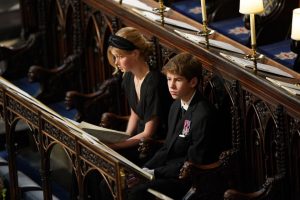 Sophie reportedly said her children attended regular schools, although they were top independent ones. She noted, “They go to friends for sleepovers and parties.”

The royal also shared how the family stayed with friends during the weekends or walked dogs. The Countess acknowledged that not everyone had grandparents that lived in a castle but shared the life lesson she lived by, stating:

“But where you are going is not the important part, or who they are. When they are with the Queen, she is their grandmother.” 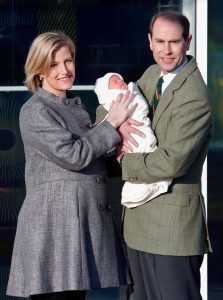 In August 2022, Louise was seen working at a typical job at a garden center, where she allegedly earned around $7.41 per hour. She was reportedly doing the job while she waited for her A-level results.

The Mirror claimed customers patronizing the center praised the teenager for being “polite and attentive” in her role. In the summer, Sophie’s daughter allegedly greeted customers, worked on the tills, assisted clients, and potted and pruned plants. 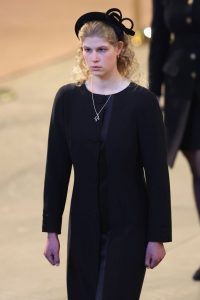 One apparent customer said they were shocked to see the late Queen’s granddaughter at work. The witness claimed Louise served him at the till and had to look twice because he couldn’t believe his eyes!

He described the young royal as sweet and modest. The source revealed that Edward’s daughter appeared to be enjoying her job, and he’d never imagined the late monarch’s granddaughter would ever take on a role behind the till. 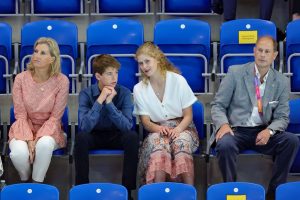 Besides teaching their children about the humble gift of working for one’s monies, the Wessexes also encouraged their offspring to love nature and their surroundings. The publication shared an image of the family of four doing some litter-picking.

The charity activity was undertaken at a Portsmouth beach where the Royal Family spent an hour and a half picking up rubbish. Sophie also spent a good chunk of her time dedicating herself to charities. 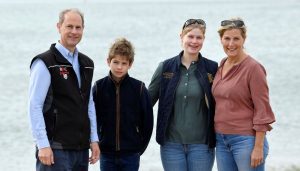 Prince Edward and Sophie, Countess of Wessex, pose with their children Lady Louise and James, Viscount Severn, as they take part in the Great British Beach Clean on September 20, 2020, in Southsea, United Kingdom | Source: Getty Images

Some organizations she worked with included the International Agency for the Prevention of Blindness and Vision Foundation. Her daughter was born with esotropia, an eye condition that turns the eyes outwards.

Her [Lady Louise Windsor] mother [Sophie, Countess of Wessex] noted how she’d worked extremely hard and hoped the teenager would do well.
In 2006, Louise went for an operation to correct the condition, but it was unsuccessful. Several years later, in 2013, she went for further treatment, and this time the results were positive.

Sophie and her husband’s unconventional way of raising their royal children didn’t only go as far as what the offspring did or didn’t do but also who they were called. The parents chose not to use royal titles for their two children.

Why the Wessexes Chose Not to Use Royal Titles for Their Children
Sophie and Edward don’t mind doing charity work and royal duties using their titles; their children weren’t afforded the same luxury. Speaking to The Sunday Times in 2020, the Countess shared this about her children’s upbringing:

“We try to bring them up with the understanding they are very likely to have to work for a living.”

For that reason, the couple opted not to use Her Royal Highness or His Royal Highness (HRH) titles for James and Louise. However, the titles were there if the children decided they wanted to use them from age 18 upwards, but Sophie didn’t anticipate that happening.

The siblings were free to choose their life paths, and their parents ensured that things were discussed as a loving family. Louise took her GCSEs that year before schools closed that year. 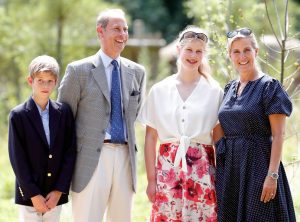 Her mother noted how she’d worked extremely hard and hoped the teenager would do well. Edward’s wife revealed that she hoped her daughter went to university but acknowledged that she couldn’t force the child if that’s not what she wanted.

However, Sophie knew Louise was very clever and could do anything she set her heart on, just like her younger brother. Only time will tell which paths the Wessex children choose; either way, their parents will be by their side.