An elderly pensioner meets a mother with three children at a bus stop. He makes a surprising sacrifice and receives an unexpected reward for his kindness.
Donald was 79 years old, and on cold mornings he felt every one of those years. On that particular day, he planned a trip to a supermarket 30 miles away to get some groceries.

It was far to go, but the store had bargain prices, and Donald had a very small pension, so it was worth the trip. He checked his pockets before he left. Wallet, house keys, bus token, he was all set. 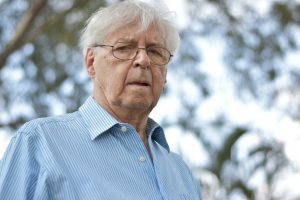 When he arrived at the bus stop, he saw a young woman standing there. She was holding a baby and trying to get two toddlers to behave. “Stop it, Mike!” she cried, rocking the baby. “Stop it, Ricky!”

But the two kids, one looked about four and the other three, just wouldn’t listen. “Here now, boys,” Donald said. “Mind your momma!” Hearing a strange voice, the boys stopped and stared up at Donald with huge eyes.

“Thank you,” the mother said. “My car broke down, and I have to take the baby to the doctor…But these two are a handful!”

The noblest hearts sacrifice themselves for others, even if they are strangers.
“Are you new to the neighborhood?” asked Donald.

The woman smiled. “Yes! I’m Ellen, and Mark is my husband. We live in the pink house…”

Donald smiled back. “That’s next door to mine! It’s good to have young people moving back into the neighborhood. Children bring things to life!” 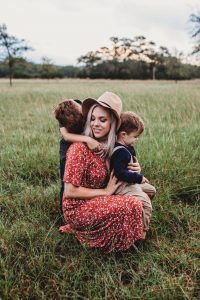 Ellen sighed. “Right now, I’m just exhausted! My boys are just too lively! I had to rush out of the house this morning because of them.”

Donald chuckled. “I remember when my wife and I were young parents…We were tired all the time!”

“How many children do you have?” Ellen asked.

“Six,” Donald replied. “But you wouldn’t know it. They all live so far away…”

“SIX?” gasped Ellen. “That’s quite a handful; and an expense!”

“Yes, but you learn to bargain-hunt. I still go to the same supermarket, you know! You should try it. Best prices, and it stretches my pension just that little bit…” 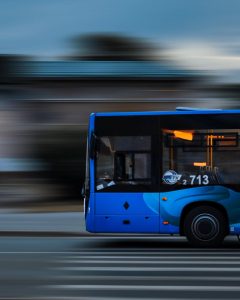 The bus stopped, and Ellen stepped up to the driver. “Your token, please,” he said. Ellen nodded and opened her bag to look for her purse. She frowned and rummaged around.

Ellen started to look nervous. “I can’t find my purse! Oh, no!”

“Look again,” Donald said kindly. “Sometimes when we are in a rush…”

“It’s not here!” Ellen cried. “What am I going to do? I have to be at the doctor’s in half an hour! Please, Donald, could you lend me the money for the ticket?”

Donald shook his head. “I’m sorry, Ellen, I don’t have any money. I shop with my food stamps at this time of the month…” 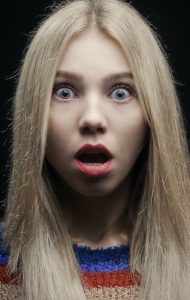 Ellen looked so despondent that Donald said: “Take my bus token! The kids don’t pay, so it will get you to town!”

“But what about you?” asked Ellen anxiously.

“Don’t worry,” Donald told her. “I’ll go shopping next week!” Ellen accepted the token and got on the bus, wrestling to keep Mike and Ricky under control.

Donald watched them go, then he walked back to his house. He went into the kitchen and looked at his empty pantry. He’d have to do with the little he had, but the sacrifice was worth it to help the frazzled young mom.

He opened his last tin of soup and sat down to have his lunch while watching reruns of his favorite show from the 80s. Afterward, he dozed off in front of the TV.

He woke up startled when someone rang his doorbell. Who could it be? He NEVER had visitors. Donald got up slowly and shuffled to the front door. He opened it and looked around. 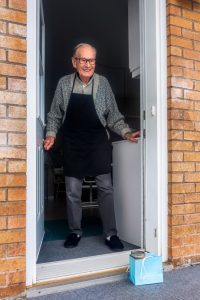 There was nobody there! Then he looked down and saw several boxes neatly lined up on his doorstep- “What’s this?” he gasped. Who could have left the boxes here, and what was inside?

Donald opened the first box. It was full of lovely fruit and vegetables! The second box held cake and cookies and fresh bread, flour, sugar, milk, and eggs.

The next box had sausages, hamburgers, and ham, and the last box had tinned goods. Someone had gone shopping and got him enough groceries for a whole month!

Then Donald noticed a note taped to the top of the first box. He opened it and read: “Dear Donald, thank you for your kindness to me and my children. Please accept this token of my gratitude.”

“Please come to lunch on Saturday, and you can try to get Mike and Ricky to behave!” Donald smiled as he read Ellen’s note. He had the feeling this was the beginning of a wonderful friendship!