A little girl who defends a helpless beggar from his bullies is startled when one of the gang members creeps outside her house the following evening. He knocks on her window, and she knows little of what is in store for her.

“Don’t just watch…stand up for justice. When you know someone is being wronged in front of you, take a stand for them,” said the priest. Little Lily was on her way home from Sunday school that day, reflecting on the particular preaching.

The eight-year-old, who had a heightened sense of righteousness, was always determined to follow the path of justice. Just minutes later, Lily’s morality was tested when she saw a helpless beggar named Hugh being bullied by a local gang.

She was furious and stormed to save the man, knowing little of the consequences she would encounter shortly… 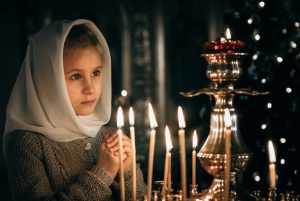 As Lily neared the spot, she realized that the four bullies were teenage boys who went to the same school she attended.

They were all seniors who did not have a good reputation in school. The gang was notorious for mocking helpless people.

“Hey, old man, give us your money. How much have you got in there?” she heard one boy harass the poor man.

“Dude, what are you waiting for? Just take it out from his stinky coat pocket. I bet oldie would’ve saved quite a lot begging around the streets,” laughed another.

“If you really have to be afraid of someone, it is God because he is watching all of us. He will judge us by our actions.”
As the boys surrounded a helpless Hugh, thrusting all their force on him to grab his money, Lily sprang into action in his defense.

“Back off, you monsters. Leave the poor man alone,” she yelled as the boys paused and turned around. 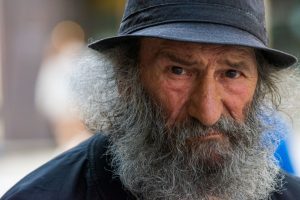 Lily’s heart began to race, but she was determined not to leave Hugh alone in such a helpless situation. “Take your hands off him, or else I will—”

The boys burst into laughter and started teasing her.

“Or else? Or else what, shorty?” taunted Alex, the gang leader.

A roar of laughter rumbled around poor Lily.

“Are you going to leave the man, or shall I call the police?” Lily threatened. Alex and the boys freaked out. They thought she was joking and asked her to pick a fight with someone her age and size. But Lily wouldn’t give up just yet.

“I’m serious. Look, I’m dialing 911 on my phone, and if I press this call button, then the four of you are DOOMED!”

Feeling threatened, the gang fled the spot, and Hugh thanked Lily for saving him from the boys.

“Please, it was my duty. I was taught in Sunday school to stand up for the helpless. We should not wrong anyone and watch someone being wronged because God is watching all of us. He will reward everyone when the right time comes,” she said, assuring Hugh that he was now safe to go.

Although Lily was proud of her little act of bravery, she did not anticipate what would happen next. 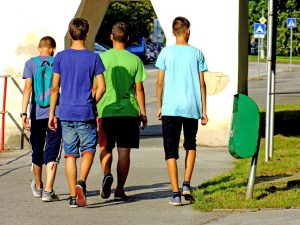 The following Monday, Lily was on her way home from school when Alex and his gang blocked her way. They surrounded her, snatched her backpack, and mocked her. Since the road was secluded, she found no help from anyone.

“Gotcha! What are you gonna do now, shorty? You think you are some superhero, huh?” mocked Alex. The other boys laughed, except for Joe. He saw how Lily was on the verge of bursting into tears.

“Alex, stop. Let her go. Leave her alone,” he jumped in defense as the three other boys, Alex, Jake, and Simon, were shocked.

“Joe, what is wrong with you? And why are you defending her? Didn’t you see how she ruined our only chance of making some easy money yesterday?” fumed Alex.

But Joe argued, and soon, a fight ensued. The three boys fled the spot, grinning after Joe threatened to call their parents.

Lily was shocked at the gang member’s sudden change of heart. She vaguely thanked him and walked away, assuming it was over. But that same evening, Joe crept outside Lily’s house and knocked on her window, startling her. 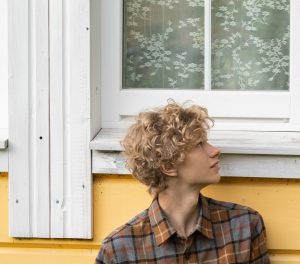 “Joe, what are you doing here?” she shrieked after seeing his face pressed on her window pane. She was frightened. “Go away. My parents will go mad if they see you here.”

But Joe wouldn’t move and insisted she come out and talk for two minutes.

“Please, Lily. I want to ask you something. Please come out.”

Curious, Lily braved out. “What is it?” she asked and was stunned when Joe apologized to her.

“I heard what you told that old man yesterday. Even I want to attend Sunday school and become a righteous boy. But I’m afraid my friends would tease me. Can you please help me?”

Lily was touched by Joe’s willingness to mend his ways and decided to help him. Daily after school, she taught Joe everything she had learned in Sunday school. Day by day, he was drawn to her words of wisdom and was not scared of his friends anymore.

Joe and Lily went to Sunday school that week, and while returning home, they noticed the gang was once again bullying Hugh. Joe was scared and wanted to run. But Lily stormed to stand up for the poor man again as the boy watched in disbelief. 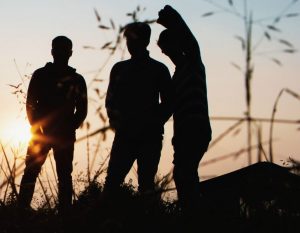 “Wait, where are you going? They will mock us and ruin our day,” an alarmed Joe warned Lily.

“I don’t care if they mock me, but I’ve got to go and save that man. I must stand up for the righteous and show these monsters their place.”

“Don’t any of you monsters have hearts? Leave that poor man alone,” she shouted in defense of poor Hugh. “I’ll call the cops if you don’t listen.”

The gang was furious, but they found a golden chance to rob the man and mock Lily again.

“If you have decided to return home crying, God save you from us!” taunted Alex.

The boys circled her, started teasing her, and called her names. Lily burst into tears and found herself trapped in a helpless situation. She could do nothing to stop the gang. They snatched Hugh’s money and were ready to leave when Joe blocked their way.

“Hey, buddy, where were you? Good that you joined us. Look, we made a whole little bag of coins from this oldie. Let’s go party!”

Joe grabbed the money from Alex’s hand and returned it to the poor man. “Here, take your money and please forgive them,” he said.

“Joe, are you out of your mind or something? What are you doing?” fumed Alex. Jake and Simon were equally stunned.

Joe wiped Lily’s tears and offered a little sermon to the boys that instantly changed their hearts. 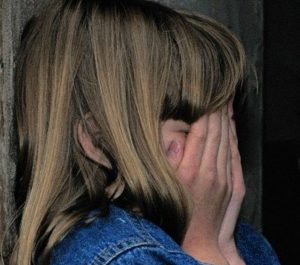 “Guys, you needn’t be afraid of the cops. But if you really have to be afraid of someone, it is God because he is watching all of us. He will judge us by our actions. You still have a lot of time to change…but please change before it is too late and do not wrong others.”

Joe and Lily walked away with Hugh, leaving Alex and his friends behind. That Sunday, Lily, and Joe were on their way to church when the gang stopped them, but they had come for something else this time.

“We are sorry! Can we join you and go to Sunday school?” asked Alex. From that day, Lily and the boys frequented church school every weekend. Alex and his friends never teased anyone and preached their wisdom about righteousness to as many youngsters as possible. 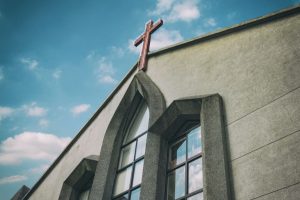