“Law & Order” star Jerry Orbach was so in love with his wife of two decades, stage actress Elaine Orbach, that he wrote poems for her almost every day.

Best known as NYPD Detective Lennie Briscoe in “Law & Order,” Jerry Orbach was one of the most respected actors of his time. According to his late wife, Elaine Orbach, Jerry was a hopeless romantic.

Elaine was Jerry’s second wife. They were married for 25 years, and he wrote poems to express how much he loved her. Here’s their love story.

Jerry and Elaine met in 1975 when he was starring in the theater production of “Chicago,” and she was the standby for Velma Kelly’s part. As a standby, Elaine didn’t have a dressing room.

Over the weeks, Elaine and Jerry started having fun being flirty with each other. After one show, Elaine and a friend went to a bar. It was so full that they couldn’t find a table to sit. 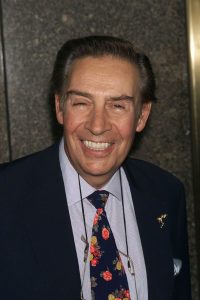 Jerry and other “Chicago” crew members were also there, and he invited Elaine to stand with them at their table. Jerry didn’t want to give his seat to Elaine, but he offered his lap, and she accepted.

The actor then drove Elaine to her home. Before dropping her off, they kissed in the car, and she noticed they had something special. However, it was a complicated situation.

Jerry had just divorced his first wife Marta Curro and didn’t want to go on “traditional dates.” He also spent the weekends with Tony and Chris, his two young boys. So, Jerry and Elaine could only “date” after the show. Still, they tied the knot in 1979.

Divorcing Curro impacted Jerry’s finances. Elaine once admitted they struggled so much during the early stages of their marriage that he used her savings to pay his alimony and child support.

His finances improved when “Law & Order” took off, and he started earning six figures per episode. Luckily, Jerry was also willing to help his wife whenever needed.

[Elaine] relived the feelings when she first found them on her kitchen table. Jerry did the laundry when the Broadway dancer underwent back surgery and needed rest. Elaine said that when other women saw Jerry sorting and folding clothes in the apartment complex’s laundry room, they asked their husbands why they couldn’t do the same.

Elaine’s relationship with Tony and Chris was not perfect. Due to their packed schedules, neither Jerry nor Elaine could be with them every day.

Although there was “tension,” Jerry and Elaine were in the boys’s lives when they needed them. She added that she was as close to the kids as distance allowed. 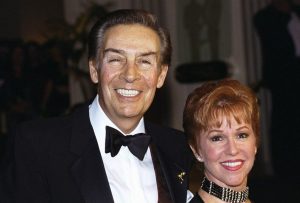 Jerry was a serious poker player. He would play at the Lone Star Boat Club and come back home at around 2 a.m. Since he could not kiss Elaine good night because she was already asleep, he started leaving poems for her on the kitchen table.

Initially, he would write about how much money he lost or won. He never stopped writing poems, and Elaine kept and treasured most of them because they gave her strength, comfort, and “lots of laughs.” One of his poems read:

“I know we said ‘No poem today,’ but I woke up so early, I thought I’d write one anyway because you are my girlie! I’ll love you till the day I die!”

Unfortunately, Jerry passed away on December 28, 2004, after a long battle with prostate cancer. At his memorial service, one of Elaine’s friends read a few of the poems Jerry wrote, and people suggested she publish a book with them.

When Elaine reread them, she relived the feelings when she first found them on her kitchen table. They reminded her of the special bond she and Jerry had and how much strength and happiness he gave her through the poems.

On April 1, 2009, four years after Jerry died, Elaine passed away after dealing with pneumonia. They never had children together, but they had a once-in-a-lifetime relationship. Rest in peace.