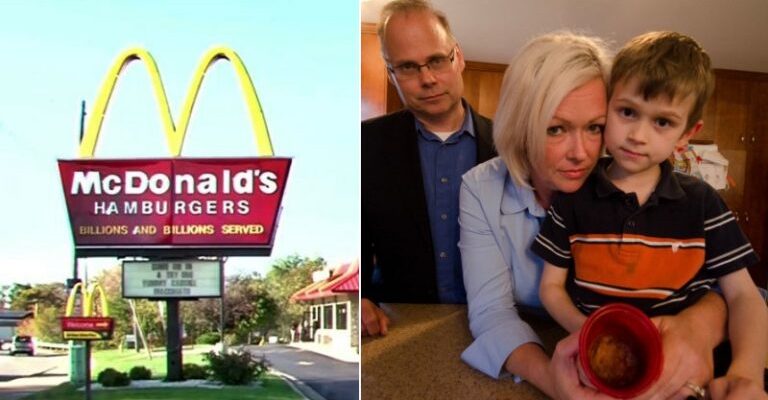 The incident occurred when Jon Hansen and his partner, Jennifer Cameron, brought their four children to a McDonald’s location in Canada and tried to order food at the drive-thru. The French-speaking employees apparently took issue with Hansen ordering his food in English, and the employees were overheard by Cameron, who is fluent in French, making fun of her partner.

“Jennifer, who although being English can speak French, heard them make fun of my ordering in English and speaking in French said to them, we can hear what you are saying. The McDonald’s staff went silent,” Hansen said.

Jon Hansen completed his order, then said they waited nearly 10 minutes to receive the food at the second window after paying for it. Immediately, they noticed issues with it. The fries were cold and soggy, and the ice cream was melted, so Hansen asked them for replacements, which they received.

“Before we had left the restaurant’s parking lot, our 5-year-old son after drinking his shake said that it tasted funny. While the other two shakes tasted fine, when I took a sip of his shake it tasted what I described as being Pine-Sol. Almost immediately, my tongue started to burn,” Hansen said.

Jennifer Cameron also tasted the shake, and she experienced the same burning sensation, so Jon Hansen went inside to confront the manager. He demanded to know what was in the shake, asking the manager to taste it for herself, but she refused and offered him a replacement.

During the discussion, Cameron sampled another shake from the machine and the syrup used to make them, but both were fine. As this was happening, she saw what appeared to be a bottle of blue cleaning solution sitting right next to the machine, which was likely the source of the foul taste and burning sensation they experienced with their shake.