Queen Elizabeth II did not support King Charles and Camilla Queen Consort’s relationship and could not support him on the day of Princess Diana’s death, a new book claims.

Her Majesty tried to balance her duties as a grandmother and a head of state.

When Princess Diana died, her mother-in-law, Queen Elizabeth II, took on a motherly role for her sons. Although the monarch stepped in to help raise Prince William and Prince Harry, she was not there for her son, King Charles III.

Princess Diana passed away on August 30, 1997, in a car crash that occurred in Paris. The royal left behind her two sons, Prince William and Prince Harry. Upon her death, the princes were at Balmoral Castle, Scotland, with their grandmother, Queen Elizabeth II. The monarch decided to keep the royal brothers in Scotland upon learning about their mother’s passing. 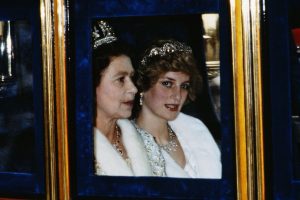 In a 2017 ITV News interview, the Queen’s daughter, Princess Anne, expressed that she supported her mother’s decision to keep Prince Harry and Prince William in Balmoral following the sudden death of the Princess of Wales:

“My mother did exactly the right thing. It’s absolutely extraordinary that any right-minded thinking parent should believe there would have been an alternative to bring those children down here to London in all that hoo-ha.”

Princess Anne continued: “I just don’t know how you could think that would have been the better thing to do. Most people can’t do that in that space, never mind the children at that age.” 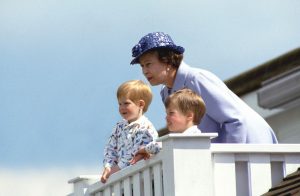 Per People, the sovereign remained steadfast as the head of state and as a grandmother to her grieving grandkids. Meanwhile, Britain’s former Prime Minister, Sir Tony Blair, who was ten months into his tenure as PM then, recalled during that poignant period in the aftermath of Princess Diana’s death and the effect it had on the Queen: 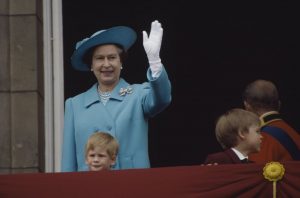 Queen Elizabeth II with Prince William and Prince Harry during the Trooping of the Color ceremony at Buckingham Palace in 1988 in London, England | Source: Getty Images

Her Majesty remained mum about Princess Diana’s death once the news made headlines, but she ultimately broke her silence days later and addressed the nation in a televised speech as “your Queen” and “as a grandmother.”

That said, she took it upon herself to raise her grandsons, Prince Harry and Prince William, following their mother’s death. The monarch’s eldest son, King Charles III, reacted to her stepping in.

The Queen & King Charles Had a Complex Relationship
Per Vanity Fair, the Queen and her firstborn son, King Charles III, did not always see eye to eye. As a child, he always wanted her approval, while she and his father, Prince Philip, saw him as a “loose cannon,” according to the author of “King Charles: The Man, the Monarch, and the Future of Britain,” Robert Jobson.

Jobson revealed in his book that King Charles had little in common with his parents. His biographer, Sally Bedell Smith, disclosed in her book, “Prince Charles: The Passions and Paradoxes of an Improbable Life” that, when Lady Pamela Hicks was asked which parent the King was most like, she said: “I think he must be a changeling.”

King Charles was born on November 14, 1948, and the Queen as a new mom, wanted her son “to be born in my own room,” said royal author Kitty Kelley. She breastfed for two months, and the infant slept in the room next door. In her book, “The Royals,” Kelley revealed that Her Majesty wanted to be a hands-on mom.

However, four years later, things changed when she became the Queen of England at age 25. Although the monarch attempted to strike a balance between her new responsibilities and raising a child, she eventually put her main focus on her duties.

That created a distant relationship between her and her young son, who received comfort from his beloved nanny, Mabel Anderson, and his grandmother, the Queen Mother.

The Queen Mother played a significant role in His Majesty’s upbringing. She nurtured his love for the arts, took him to see performances, and nursed him when he was ill, and his parents were away. The Queen Mother also advocated against his father, the Duke of Edinburgh, on her grandson’s behalf.

Richard Fitzwilliams revealed the Queen allowed her husband to make decisions concerning their brood. Still, Prince Philip only bullied his son and made it a point to toughen him up. That type of treatment and arrangement heavily affected young King Charles. They completely detached from him as they carried their royal duties throughout his childhood.

When he eventually became an adult, he had to go through formalities to see his parents and read about their every move through a schedule on a daily. He was eager to impress his mother more than anything else and turned to his great uncle Louis Mountbatten for advice and emotional support.

Fitzwilliams alleged that it was Mountbatten’s dated views on who King Charles should marry that likely influenced his decision to court and marry Princess Diana.

But when troubled ensued during his marriage to the princess, he could not talk about it to his parents and instead turned to friends and eventually Camilla Parker-Bowles, now known as Queen Consort.

The day the People’s Princess died, King Charles worried that people would blame him since he broke up their marriage by having an affair with his now-current wife. As he feared, people held him responsible for the death of the princess because he failed to love her as he was supposed to and to remain faithful to her.

On that fateful day, King Charles still worried about his mistress whom the press flooded her front yard eager to interview her since they had committed adultery. His former employee, Julia Cleverdon, said he was “in agony about it.”

Meanwhile, the Queen had told him to get rid of Camilla before Princess Diana tragically died and still wanted her gone even after her untimely death. The sovereign’s private secretary, Sir Robert Fellows, shared that though the Queen was fond of Camilla when she was married to Andrew Parker Bowles – she was still the same woman who broke her daughter-in-law’s marriage.

The royal matriarch took a stand as the monarch, not as a parent, making the situation more complicated. Her son desperately needed support, and Camilla had been there for him.

“It has been really quite remarkable and indeed, in many ways, overwhelming. I can’t tell you how enormously grateful and touched the boys, and I are.” 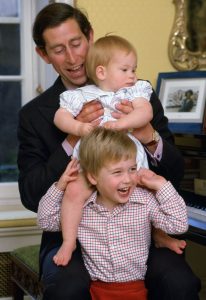 When looking back at that dark period in his life, Prince Harry said in a BBC documentary, “Diana, 7 Days,” that his father was there for him and his older brother Prince William.

The Duke of Sussex revealed that because he was the only parent they had left, the King did “his best” to ensure they “were protected and looked after,” adding he was also “grieving” for his former wife. 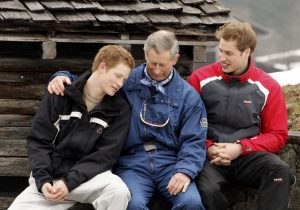 Following the Princess of Wales’s death, the father of two respected his sons’ needs when things began to change. He had grown closer to Camilla since his divorce from their mother and only introduced her once they asked to meet her.

His Majesty took a “sensitive” approach toward his children whenever it involved Camilla. He followed their pace, which worked out in his favor because, in the end, they could see that she made him “happy” despite everything else.