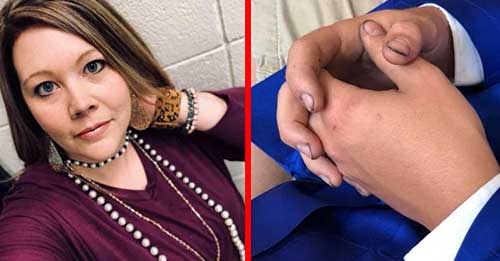 A mom happened to glance at her son’s hands on picture day, and she saw something she hadn’t noticed before. The second she saw his hands, she lost it — knowing all too well what it meant. 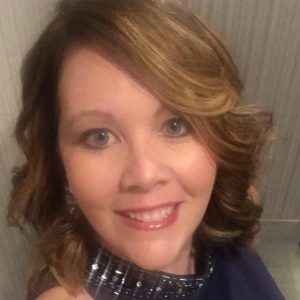 Cassandra Lane (Photo Credit: Facebook)
Cassandra Lane is a loving mother of five, and she knows better than most people how expenses can pile up. Although we want to give our children the world, as our responsibilities and children grow, their desires become harder and harder to afford. Instead of a $5 toy from our local department store, before we know it, our little ones have their eyes set on more expensive forms of entertainment — not to mention clothing and extracurricular activities.

Like most mothers with a big household, Cassandra has learned the financial lesson that money gets tight and everyone has to make sacrifices to keep the family afloat. But, there’s more to parenting than just providing the material things our kids need or want — we are tasked with teaching them valuable lessons too. Cassandra Lane’s family (Photo Credit: Facebook)
Sometimes, however, they are the ones who unexpectedly teach us a lesson we never anticipated. That’s exactly what happened when Cassandra took her son Zeke for his senior photos and found her confidence in her parenting abilities shaken. Life and reality seemingly came crashing down around the mom after one look at her son’s hands.

“Earlier this week we went to get Zeke’s senior yearbook pictures. On the way, I noticed his hands. Working hands. Hands that look familiarly like my dad’s work-stained hands and like Brandon’s in the early years of our marriage. I told him not to worry about it because they were doing headshots. I was wrong,” she explained in a post about the incident on Facebook. 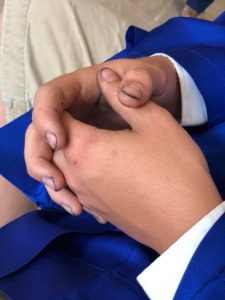 Cassandra Lane noticed her son Zeke’s hands while waiting for his senior pictures. (Photo Credit: Facebook)
“As we sat in line, I notice kids in letterman jackets with their class rings. And I notice Zeke’s stained hands. I began to tear up. Have I given him everything a parent should give to their child as he has grown up? He works out in the heat, 30-40 hours a week during the summer. He didn’t want a class ring or a letterman jacket. He didn’t get a new car. The mommy comparison game tells me I didn’t show him how much I love him with things. I left there feeling bad about myself and how we have raised our son,” Cassandra admitted.

Bothered by the incident, the worried mother spent the next few days reflection and crying a lot, she recalled with vulnerable honesty. Eventually, she apologized to her son Zeke, but she didn’t get the reaction she had expected when he laughed at her. Then, he asked, “Why are you sorry? Because you’ve taught me to work hard for things I want? Because I know the value of a dollar? Because I’m not going to think that I deserve to have everything I want?” 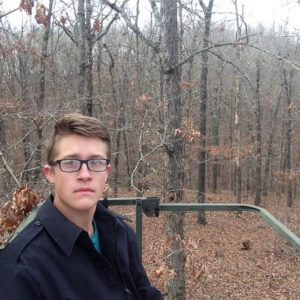 Cassandra Lane’s son Zeke (Photo Credit: Facebook)
It was Cassandra’s sister who later reminded her that the best things in life aren’t things but rather relationships and that any shortcomings in her parenting were covered by God’s grace. So, Cassandra continued her post with a message to all the other mamas out there, writing, “If you’re struggling with the parenting comparison game, just know that God gave you the babies you have because he wanted you, YOU, to be their mama. Not someone else.”

She added that she is beyond proud of Zeke, who took his brother shopping for a canoe, “using his money that he earned in a vehicle that he fixed with his own hands and gas he paid for by himself.” Cassandra concluded, “I’m not ready for Zeke to grow up, but I think he’s well on his way.” 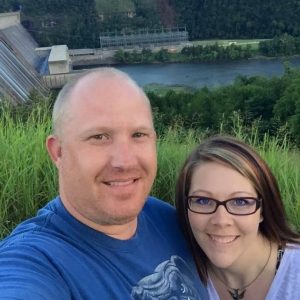 Cassandra Lane and her husband Brandon (Photo Credit: Facebook)
Indeed, this is one child who’s being raised right and prepared for real life. And, that didn’t happen by having everything handed to him. He’s learned about the real world before being thrust into it, where many coddled kids end up getting a rude awakening. There’s no doubt that doing without has given him something worth more than anything money can buy.

He’s learned life lessons, built character, and developed determination and motivation. You can’t pick that up at a store, put it in a box, and give it as their next big gift. The most valuable things our kids need usually can’t be bought, and that’s what truly great parenting is all about. Raising a responsible, independent, capable adult is the best thing you can ever give your child.