by Fox News host Dan Bongino, who “got goosebumps” and said it was one of the “most powerful” answers he has heard in a long time. 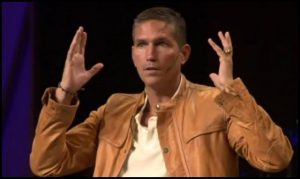 It’s not often that Dan Bongino is speechless, but that’s exactly what happened when he heard Jim Caviezel’s impassioned response to questions asked by Fox News host Pete Hegseth. Bongino, who has enjoyed a rise in popularity with his Saturday night Fox News show, boasts 4.9 million followers on Facebook.

The former Secret Service agent was so blown away by Caviezel’s impromptu speech, he introduced the clip to his Facebook following with his own personal thoughts. “About three-quarters of the way through the interview, Jim Caviezel was asked by Pete Hegseth about a famous speech by Ronald Reagan: ‘A Time for Choosing,’” Bongino said. “And Caviezel gave, I’m getting goosebumps just now talking about it, Caviezel gave one of the most powerful answers I’ve heard on TV in a long time.” 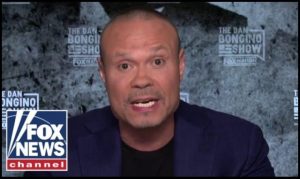 After Bongino showed the clip, he related how he and his wife reacted. “Paula and I were sitting there in our kitchen, we were cooking for our kids, and we just both looked at each other,” the radio host said. “Like, I couldn’t have said that better if I spent six months planning that out in a speech. Folks, this fight is coming…for all of you.” Bongino is referring to the fight between good and evil in America, and how that tied into Caviezel’s “mic drop” moment.

“What can Americans learn from Ronald Reagan, what are your thoughts on that at this moment in time?” Pete Hegseth asked Jim Caviezel. “Let’s set the record straight,” the actor began. “There is no argument over the choice between peace and war, but there is only one guaranteed way you can have peace – and you can have it in the next second – surrender.” But, then the Thin Red Line star went on to explain the problem with surrendering. 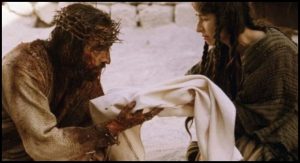 Admittedly there is a risk in any course we follow other than this, but every lesson in history tells us that the greater risk lies in appeasement,” Caviezel said. “And this is the specter our well-meaning liberal friends refuse to face – that their policy of accommodation is appeasement and it gives us no choice between peace and war, only between fight and surrender. If we continue to accommodate — continue to back and retreat — eventually, we will have to face the final demand, the final ultimatum, and what then?”

The Count of Monte Cristo star’s impromptu speech continued. “When Satan has told the people of this world he knows what our answer is going to be,” Caviezel said. “He has told us that we are retreating under the pressure of his cold war, and someday, when the time is right to deliver his final ultimatum, our surrender will be voluntary because, you see, by then we will have been so weakened from within spiritually, morally, economically,” he furthered. “He believes this because from our side he’s heard voices pleading for peace at any price or ‘better Red than dead,’ or as one commentator put it, he would rather ‘live on his knees than die on his feet’ and therein lies the road to war because those voices do not speak for the rest of us.” 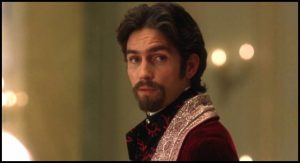 “You and I know and do not believe that life is so dear or peace so sweet as to be purchased at the price of chains and slavery,” Caviezel said. “If nothing in life is worth dying for, when did this begin – just in the face of this enemy? Or should Moses have told the children of Israel to live in slavery under the Pharaohs? Should Christ have refused the cross? Should the patriots at Concord Bridge have refused to fire the shot heard around the world?”

Rebuking Christian fence-sitters, Caviezel went on. “The martyrs of history were not fools, and our beloved dead, who gave their lives to stop the advance of the Nazis, did not die in vain,” Caviezel declared. “Where then lies the road to peace? Well, it’s a simple answer after all. You and I have the courage to tell our enemies, ‘There is a price we will not pay.’ There is a point beyond which evil must not advance. In the words of Reagan, ‘evil is powerless if the good are unafraid.’”

One Facebook user, Russell LeCompte, reacted to the clip. “That was incredible. Immediately fired up, his clear and pure energy, through his conviction was more than inspiring. That response can and probably has changed lives,” he wrote. Others agreed. “Oh my God, he is absolutely spot on,” Facebook user Barbara Allen Krick wrote. “We can not let evil win we have to stay strong! Thank you Jim Caviezel for reminding us of that.. God Bless you!”

Ronald Reagan also spoke about this battle of good versus evil. “I have spent most of my life as a Democrat,” Regan said. “I recently have seen fit to follow another course. I believe that the issues confronting us cross party lines… You and I have a rendezvous with destiny. We’ll preserve for our children this, the last best hope of man on earth, or we’ll sentence them to take the last step into a thousand years of darkness.” This “time for choosing” is something we cannot escape. Americans of faith have been called upon to pray throughout the history of our great nation so we do not, as a country, lose what our Founding Fathers fought so dearly for — freedom from persecution and liberty for all.