A grieving wife is bidding her final farewell to her young dead husband with a kiss when he surprises her by blinking.

Nola Swart was having a mother-daughter weekend with her daughter Kelly while her husband Fred and his best friend were up at their lake cabin fishing. The two were busy making cookies when her phone rang.

Nola wiped flour off her hands before she picked up her cell phone. Caller ID told her it was Fred, but when she answered the phone it wasn’t his voice on the other side, and the words she heard destroyed her.

“Nola?” She recognized James’ voice on the line. “Nola, it’s James. I’m so sorry, but Fred… Something’s happened to Fred…”

“No, honey,” said Fred’s best friend gently. “I’m sorry, Nola, homey, you have to be brave…Fred is dead.” 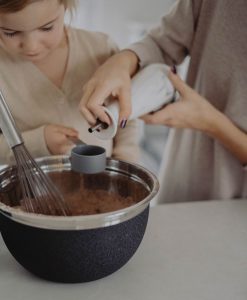 Nola was baking cookies with her daughter when the phone rang | Source: Unsplash

But in her heart, Nola knew it wasn’t a joke, and big burly James who’d been Fred’s best friend since the first grade was crying like a baby. “I’m sorry Nola…I’m so sorry… He was next to me and then he just…He was gone, gone…”

In a strange numb fog, Nola called her mother and asked her to come over and sit with Kelly. Then Nola drove the two hours up to the mountains to meet James at the coroner’s office in the small town near which they had their cabin.

With James’ arm around her shoulders, Nola stood like a statue as the coroner drew back the white sheet to expose Fred’s still face. Nola felt hot tears burn their way down her cheeks.

“From what I can ascertain Mr. Swart had a massive heart attack and died instantly,” the coroner said, “However, I do recommend you have an autopsy performed by a pathologist…” 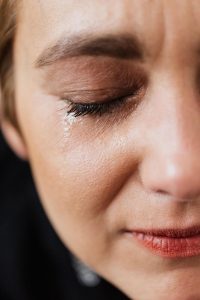 “Never,” screamed Jenny. “No one is going to cut up my Fred. Let him rest in peace!”

The coroner sighed. “Mrs. Swart, I do understand. I will issue a death certificate, so you can proceed with the funeral.”

Nola was trembling. “The funeral… Fred always said he wanted to be cremated. I want everything to be as he would have wanted it.”

James helped Nola organize Fred’s body’s transportation home, and the next day their family, and their many friends came to pay their last tribute to the fun-loving, energetic young man they had loved. 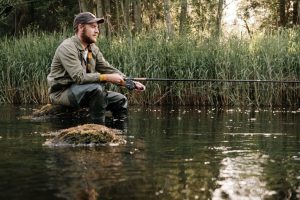 Fred had gone fishing with his best friend and had a heart attack | Source: Unsplash

Nola had asked the funeral director to leave the casket open so they could all say their final goodbyes. One by one, the mourners approached the casket, whispered one last message, said their prayers.

The priest spoke movingly about Fred. “Even though our hearts are sore, even though we grieve for our loss, let us always remember that Fred has left this world for a better one and that he is now in His Father’s loving hands.”

Life isn’t constant, and all we can rely on is our faith.
Nola listened and felt anger fill her heart. She whispered harshly to her mother, “God! If there was a God Fred would be home right now, not lying cold in that box. God! God has left my baby fatherless!”

Nola wanted to give Fred one last kiss | Source: Unsplash

The priest looked at Nola, and a few of the people were staring, and her mother tried to hush her. Nola pushed her mother’s hands away. She cried in a louder voice. “Are you all praying to God? Ask Him what I’m going to tell my baby! Why don’t you ask him that!”

Nola’s mom put her arms around her and tried to comfort her, and the funeral director advanced with his assistant to take Fred’s coffin to the crematorium. Nola pulled away from her mother. “Wait!” she cried. “Please wait! I need to say goodbye!”

Nola walked up to the casket and leaned over to caress Fred’s face with trembling fingers. “I love you…I will always love you,” she whispered, then she gently kissed his lips — the last kiss she’d share with the man she’d wanted to grow old with.

As she looked down at Fred, Nola saw something incredible. Fred blinked. I’m mad, Nola thought, I want him back so much I’m having hallucinations… 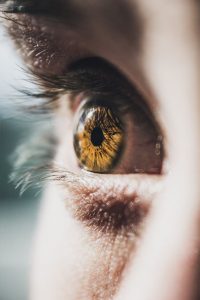 Nola was stunned when she saw Fred blink | Source: Pexels

But then Fred’s eyelids fluttered again and Nola screamed, “He’s alive! Oh my God! Call 911!” The funeral director, who thought Nola was imagining it all in her grief stepped forward and saw Fres’s eyes open, then close again.

He turned to his assistant and ordered him to call 911, find a doctor, anything! Fred was transferred from his coffin to the ambulance and taken to the hospital with Nola by his side.

The doctor confirmed that Fred was alive, but that something had plunged him into a deep coma so that the inexperienced small-town coroner had believed him to be dead.

After several tests, the doctors revealed that Fred had been stung by a bee and had a violent allergic reaction to the venom — so violent that he had appeared to be dead. 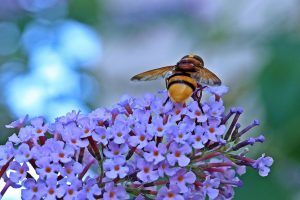 Fortunately for Fred, Nola had refused an autopsy or a traditional funeral for which he would have been subjected to an embalming process. Under medical care, Fred recovered from his horrific experience.

He was home within days, and as lively as ever, but Nola never forgot her anguish and the horror of seeing him laid out in his coffin. For Nola, it was a miracle, a second chance given to their family by a compassionate God.