A woman is devastated when her son dies shortly after birth and her husband abandons her, then years later, she sees a sick little boy on Facebook with the exact same birthmark as her late son’s.

Millie Fargo gave one last scream and the doctor cried, “Well done! You have a beautiful baby boy!” He held up a pink and purple squirming, screaming thing and Millie smiled. It was the most beautiful baby she’d ever seen!

Soon she was cuddling her newborn in her arms, counting his tiny fingers and toes and marveling at his perfection. Then she frowned. “What’s this? Is he hurt? Is he alright?” There was a big bright red mark on her baby’s arm!

The doctor smiled. “He’s fine!” he said. “It’s just a birthmark. A lot of babies have them. It’s perfectly normal.”

Millie smiled woozily. “That’s good…” she said, then her eyes started closing. “Doctor, I feel strange…” Her last memory was of the doctor calling out something in an alarmed voice and a nurse taking her baby.

When Millie woke up, she was in a hospital room. There was another woman in the bed next to hers, but no crib and no baby! “Where’s my baby?” she cried. “DOCTOR! WHERE’S MY BABY?”

Within minutes, nurses and doctors were swarming in and fussing over Millie, but no one would answer the question: Where was Millie’s baby? Then an older doctor came in and sat by Millie’s bed. 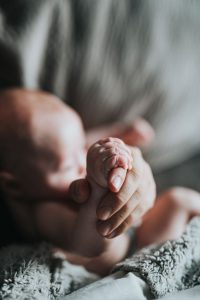 “Millie,” he said gently. “I need you to be very brave. You’ve been in a coma for the last two months, but now you’re awake and we think you’ll make a full recovery. Unfortunately, your baby didn’t survive.”

“I’m so sorry, Mille,” the doctor said sadly. “He died suddenly two weeks after you fell into your coma. A nurse found him unresponsive. We did all we could…”

Millie’s heart was broken. “No!” she screamed. “You’re lying! It can’t be…” But of course, it was, and like so many other bereaved mothers, Millie had to come to terms with her terrible loss and her pain.

“My husband,” she whispered. “Where is Steven?”

The doctor looked embarrassed. “I’m sorry, Millie, Mr. Fargo left a letter for you…” He handed Millie a sealed envelope, got up, and walked away. Millie tore the envelope open with trembling fingers.

“Mille,” the letter read. “Our baby is dead, and so is our marriage. If we are honest with each other, we will admit the marriage was over before our son was conceived. I was willing to give it another try for his sake, but now there’s no point. I have divorced you and left you the house and your share of my money. It should be enough to set you up for life.” 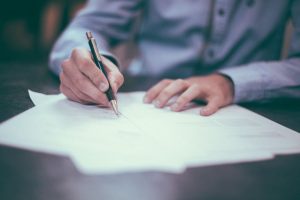 Millie winced, but Steven’s abandonment was nothing to the loss of her child. He was right, their marriage had been failing for years and now there was no reason to go on. In fact, for months before their baby’s birth, Millie had suspected Steven of having an affair.

Now he was off living a new life and Millie had to do the same. She had to find a new dream to replace her old dream of having a family. Millie had been orphaned very young and grew up in foster care, and family had been what she most wanted.

There were so many children who needed help, Millie thought, maybe, just maybe, she could pour her energy and her love into helping them. She had enough money, and she was a canny investor.

Millie joined a charity that paid for medical expenses for underprivileged children, and three years later, a special file crossed her desk. In it was an appeal from a grandmother who asked the organization to help pay for the costs of cancer treatment for her three-year-old grandson. 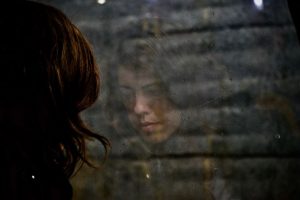 The woman added a Facebook account as a contact and Millie accessed it. There was a photo of the little boy, a cute kid with big toffee-colored eyes and a cheeky grin. The boy was sitting by a pool with his feet in the water and suddenly Millie noticed something strange!

Family is all about love, dedication, and support.
The boy had the exact same birthmark on his arm that her own baby had! “That’s impossible…” Millie gasped, “It can’t be!” Nervously she grabbed her phone and dialed the grandmother’s cell number and arranged to meet the woman.

Dorothy Levi was a sweet-faced slender woman in her late fifties with the marks of suffering engraved around her mouth. She started telling Mille an extraordinary story. “Daniel’s not my biological grandson,” she explained.

“My daughter Laura married a widower with a baby son and when they died…” Dorothy sighed, “I couldn’t let little Daniel go into the foster system. He was all I had…” 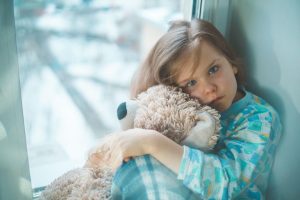 “Your daughter and her husband died?” asked Millie.

“Their car was found in the ocean,” she explained. “Just six months after Daniel was diagnosed. That was two years ago. I’ve spent all my savings on his treatments. I thought Steven had money but…” 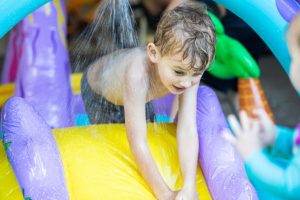 “What did your daughter do?” Millie asked.

“She was a nurse at Mercy Hospital,” Dorothy said. “I was very proud of her.”

Millie was in shock! She realized that Steven had conspired with Laura to steal her baby and substitute him with a dead infant while she lay in a coma. Now she had to break this woman’s heart…

Gently, Millie explained that Steven was her ex-husband and that she was sure Daniel was her son. Dorothy agreed to a DNA test and the results were shattering. Dorothy now knew that her daughter had committed a terrible crime, all for the love of a man. 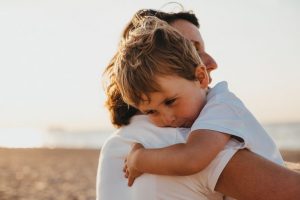 Millie immediately paid for all of Daniel’s medical treatments and lodged a complaint with the police against Laura Levi and Steven Fargo. With the DNA test as proof, Millie now had full custody of Daniel, and she invited Dorothy to move in with her.

“You’re the only grandmother Daniel will ever have,” she explained. “Let us be your family!” Dorothy agreed and once the two women were informed by the doctors that Daniel was now cured, the three settled into a happy life.

But there was one last surprise! A year after Daniel’s last treatment, Dorothy received a phone call from her supposedly dead daughter. Laura and Steven were under arrest.

The true story unfolded: Laura and Steven had started to drink at around the time Daniel became ill, and Steven’s money quickly ran out. The couple owed a lot of money to serious people so they decided to stage their own death, and abandoned the sick baby. 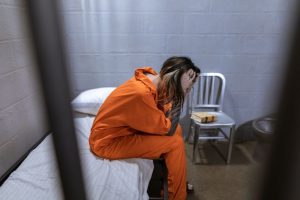 Now they were in jail and Laura wanted her mother to put up her house as collateral for their bail. “Mom, I’m your only daughter,” Laura pleaded. “Help me!”

Dorothy listened to Laura, then she sighed. “I don’t know who you are. My only daughter is Daniel’s real mother, and she’s right here by my side.”