A widowed father of five starts helping his elderly neighbor when he realizes her son is neglecting her. Her gratitude is manifested in an unusual way.

If anyone asked Darrel about who he was, the first word that came out of his lips was ‘dad.’ That’s who he was, first and foremost. He was the dad of Gary, Morgan, Harry, Brian, and Donny.

Darrel’s wife, Marcia, had passed away seven years before when Donny was born. One of those one-in-a-million situations, doctors had said. Darrel went to the hospital to pick up his wife and a new baby and discovered he was a widower. 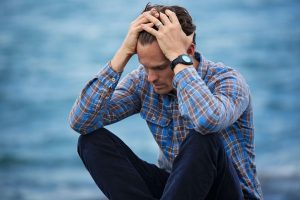 The distraught man had wept, then he realized he had to pull himself together. He had four little boys and a newborn. He was now a single dad with a huge responsibility on his shoulders.

“I’ll raise them right,” Darrel whispered. “I promise you, Marcia, you’ll be proud of our boys!”

Sometimes help and support come from unexpected quarters.
Darrel had his own business, so he could organize his timetable to be supportive of his five boys. Although the business did well, it was small, and raising five boys single-handedly was so expensive…

The five boys were in a good school, and they all had a passion they had inherited from their mom: music. Marcia had been a gifted musician, and the boys all played instruments.

One day, Gary came home with a leaflet. “Dad,” he said excitedly. “Mr. Yarkin gave me this! It’s for a music workshop, ten days in Boston for the best musicians in the school!” 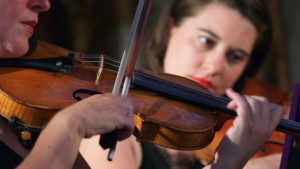 Darrel read the leaflet. Although the workshop was by invitation only for gifted musicians, the price was a whopping $5,000!

“I’d be playing with the Boston Orchestra, dad!” Gary cried. “Like mom did!”

“Ok, Gary,” Darrel said. “That’s a lot of money, son, I have to think about this, crack some numbers…”

But trouble was on the way. One by one, the other four boys came in, brandishing the same leaflet and the coveted invitation to attend the advanced music workshop for young musicians.

One kid, Darrel might have been able to afford it, but five? It was impossible! Darrel walked out into the yard, his head pounding. “I’m sorry, Marcia,” he sighed. “I know you’d want them to go, but I just can’t afford it!” 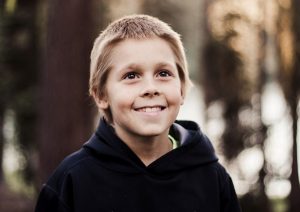 Darrel was standing there, trying to come up with a plan, when he noticed that one of his next-door neighbor’s windows was damaged. The storm shutter was hanging from a hinge, and the elderly woman was trying to close it.

“Do you need some help, Mrs. Ford?” Darrel asked politely.

The lady turned with a start. “Oh,” she said. “That would be so kind! I just can’t manage on my own! My husband used to be so handy around the house, but my son is such a busy man…”

“Let me see what I can do,” Darrel said. He picked up his tools and went over to Mrs. Ford’s house. He quickly fixed the shutter, then he noticed that some of the floorboards were loose, and the roof was damaged.

“You need a few more things seen to,” said Darrel. “Do you mind if I come by tomorrow and finish?” 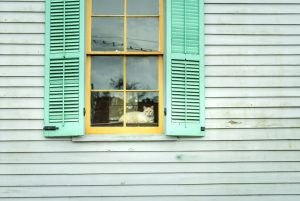 Darrel grinned. “Nothing, Ma’am,” he said. “Just being neighborly. Anything else you need, just let me know.”

“Well,” Mrs. Ford looked embarrassed. “My son was supposed to come and take me to the supermarket and the pharmacy to get food and my meds, but he’s just so busy…”

“He’s tried to teach me, but I just can’t get my head around ordering things online. Would you mind taking me shopping? If you’re not too busy!”

Darrel agreed and drove Mrs. Ford on her errands. The next morning was a Saturday, and Darrel was at Mrs. Ford’s house bright and early, fixing the roof. 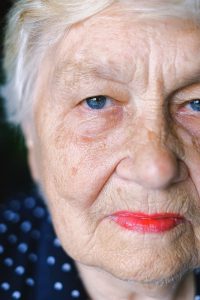 Mrs. Ford was in the kitchen making cookies so Darrel could take them home for the boys when she heard a man’s voice in the yard. She peeked and saw Darrel talking to a well-dressed man.

“How much?” asked the other man.

“$25,000,” Darrel said. “But you know I’m good for it, Jared. This is something that would be great for my boys, something Marcia would have wanted for them…”

“You spend too much on those boys,” the man called Jared said coldly. “If you didn’t have kids, you wouldn’t be short on cash!”

“I was there for you when you needed money, Jared,” Darrel said quietly. “You told me that was what brothers were for, and I gave you that money…” 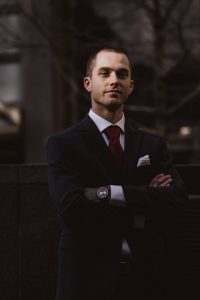 “Well,” Jared said. “That was then, and this is now. Sorry, Darrel. I have plans to spend the summer in the Bahamas and I need the money!”

Without another word, Jared turned his back and walked away. Mrs. Ford peeked and saw him step into a luxury SUV and roar away. “Family is supposed to be there…” Mrs. Ford told herself.

Then she remembered that the man fixing her roof was Darrel and not her son. Mrs. Ford knew well how disappointing family could be, and how much it hurt.

She decided that she was going to do something, and the next day she put her plan into action. After Darrel finished fixing the roof, Mrs. Ford called him over.

“Darrel,” she said. “I want to thank you for everything you’ve done for me. You don’t know what it means to have someone care enough to make an effort. “Darrel looked embarrassed. “It’s nothing, Mrs. Ford,” he said. “You’d do the same for me! And besides, those cookies you made for the boys more than made up for it!” 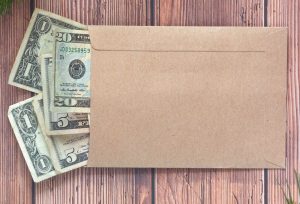 “In that case,” Mrs. Ford said. “I have something here for the boys.” She handed Darrel an envelope. He opened it and was stunned to find a check for $25,000 inside.

He gasped, and the color rushed to his cheeks. “I can’t…Please, Mrs. Ford, I can’t accept this money!”

“Yes,” Mrs. Ford said gently. “You can because it’s not for you. It’s for the boys, so you can send them to Boston. You can’t refuse a gift for the boys.”

Darrel started crying and put his arms around Mrs. Ford. For the first time since Marcia passed away, he felt that someone was there for him, and understood how he struggled.

The five boys went on their ten-day trip to Boston and did brilliantly well. Darrel and Mrs. Ford became the best of friends, and he and the boys were constantly trooping in and out of the house. 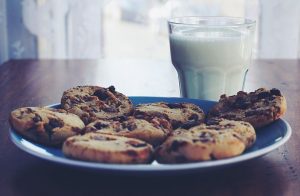 A man and five boys in the country. | Flickr / davidmesaaz (CC BY 2.0)
SOURCE:AMOMAMA