A wise old man devises the ideal plan to teach his selfish family a lesson—in order to find his heir, he stages his death, but in the end, he gives the inheritance to the young child who lives next door.

Morgan had lived the best 83 years of his life. He was married to the woman he fell in love with, had a family with her, and never had a dearth of riches as he was a wealthy businessman. But everything changed two years later.

At 85, Morgan hated his life. His wife had left for her heavenly abode two years ago, and his kids weren’t bothered to even check on him.

As he grew older, Morgan was worried about his future heir. His family was greedy; they only came to see him once a year for holidays, and they were more interested in his money and learning about his will than in him. 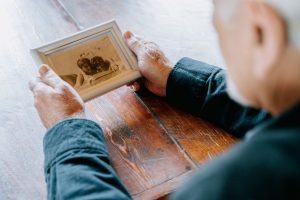 But Morgan was no fool. His gray hair was evidence of his experience, and he wasn’t going to be taken for a ride. So when he was discussing his will with his lawyer, Mr. Carter, he came up with a unique concept to determine the heir.

“Are you sure that would work, sir?” asked Mr. Carter.

“Well, haven’t they been so nice to me, Mr. Carter? You see, they visit me during the holidays and talk so sweetly. This would just test their love for me…Those kids have forgotten that I’m their father. I can see right through them, and I’m not going to give them my inheritance just because we’re related by blood!”

“Well then, when would you want me to call them?”

“I believe in two weeks’ time would be great. And, when you do that, please inform them that my funeral was always intended to be a private occasion,” added Morgan with a broad grin. 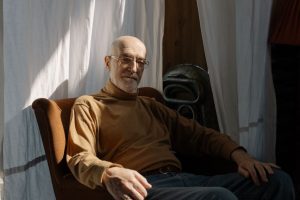 Mr. Carter followed Morgan’s advice and called the children two weeks later to inform them that their father had died. To his utter surprise, none of the children were interested in attending the funeral until Mr. Carter told them the will reading would take place before the burial.

“Your father left a detailed set of protocols for me to follow. I hope to see you all soon,” Mr. Carter informed them.

So Morgan’s funeral was a private affair with only the family members present. On D-Day, when the children arrived with their families, Morgan’s coffin was resting in the garden of his opulent home, his picture beside the casket on a stand.

“Yo kid, who are you? Isn’t this meant to be a ‘private’ family affair? And who is Mr. Comfort?”
Morgan was gone, but the children weren’t sad. They were delighted at the prospect of finding out who would receive the most significant share of their father’s wealth or whether assets would be divided equally among all.

“Now that you’re all here, I’d like to request that you come and pay your respects to your father,” said the priest standing before the closed casket, following Morgan’s protocol. 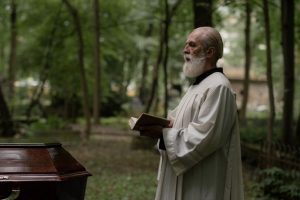 “Pay our respects?” laughed Morgan’s elder son, Ethan. “We are not here for that. Mr. Carter,” he said, turning to the lawyer. “I thought you called us for the will.”

“But wouldn’t you say goodbye to your father? He adored all of you.”

“Ugh, does it really matter now that he’s gone?” Morgan’s middle child, Peter, added. “Come on, do you really mean all of this? I mean, this private ceremony, stupid protocols…Why didn’t you just call us to the office? This is a waste of time.”

“I know, right,” replied his youngest daughter, Clara. “It’s pointless to get upset and mourn for the dead. Let’s get ahead with the will.”

Mr. Carter was stunned. He could now see why Morgan didn’t want to leave the assets to his children. They were just a bunch of greedy folks who had no feelings for their deceased father. 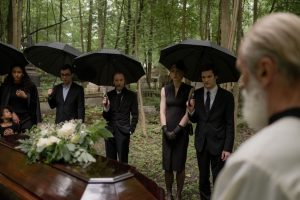 Morgan, on the other hand, was hiding and listening in on everything. His eyes welled up to think he had failed at parenting. He had built a huge fortune, but he couldn’t raise his children right.

“Probably it’s all my fault.” He blamed himself.

Suddenly, a squeaky voice distracted his attention. “Gran!” it said in a desperate tone. “Mr. Comfort left me, just like mom and dad! I will miss him so much!”

The voice was of Adam, a little 8-year-old who lived next door. The poor child was an orphan, and his widowed grandmother was raising him alone. He and his grandma had come to deliver cookies to Morgan and were devastated to learn that he had died.

Morgan had met Adam for the first time at the neighborhood park. He was a lovely child, and soon, he had become friends with Morgan. Adam called Morgan Mr. Comfort because Morgan would always console Adam when he got sad about his parents. 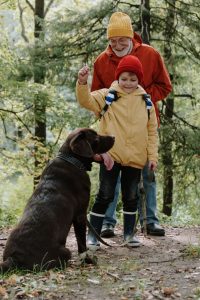 “Yo kid, who are you?” Ethan snarled. “Isn’t this meant to be a ‘private’ family affair? And who is Mr. Comfort? The one who is lying in that closed coffin there is our dad. He was no good, anyway. Go home and play with your toys rather than bawling your eyes out!”

“Evil!” shouted Adam. “You’re so evil! How can you talk about your dad like that?”

“He was OUR father. We can say whatever the hell we want, kid!” shouted Clara at the boy.

“Oh, you mean kids will rot in hell,” said Esther, Adam’s grandma. “Your father was a kind man. He helped us so much!”

Esther approached the coffin and whispered a small prayer, then she and Adam were about to leave. Just then, Morgan appeared in front of everyone, and his kids’ eyes were wide open in shock. 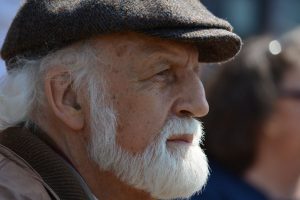 “Mr. Comfort!” Adam cried and hugged him. “I am so happy to see you! Please don’t go anywhere. I don’t want to lose you like I lost my mom and dad.”

Morgan consoled Adam and apologized to Esther for unnecessarily dragging her and Adam into the drama.

Once they had left, he disclosed to who he would leave his money. “Since your father was of no service to you all, I am permanently detaching you all. I have decided to disown you and leave my wealth to Adam! Mr. Carter, take note of this. These three children and their families should never be seen here again!” 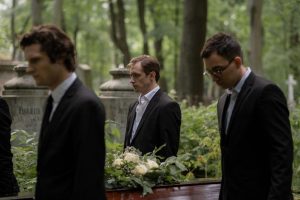 Morgan’s children begged forgiveness shamelessly, claiming they didn’t mean anything they said. But Morgan kicked them out. “I must be a terrible father that I didn’t teach you the importance of relationships! Allow me to correct that and teach you that lesson right now!”

After cutting off his connections with his greedy children, Morgan decided to start a new life and move on. He and Esther had a special appreciation for each other, and they decided to make it more special by tying the knot.

So Adam got a new granddad, and Morgan felt loved by his new family. As for the estate, Morgan decided Adam would get it once he turned 18.