After a stroke and undergoing surgery, celebrated songstress Loretta Lynn decided to sell their Nashville family home, bought while she was still married to her husband, Oliver Lynn.

She recently commemorated their anniversary, saying: “We had 48 years together, and I sure wish he was still here! I miss him.”

Loretta Lynn is one of country music’s most incredible legacies, famously known for her numerous hit songs that saw her dubbed “Queen of Country.” Since her voice hit the airwaves, her prolific and truthful songs remain as relevant as they did six decades ago, making her the most awarded lady in country music history.

But before her successful career, born out of a voice of strength, independence, and sometimes defiance, her life did not always look as glitz. 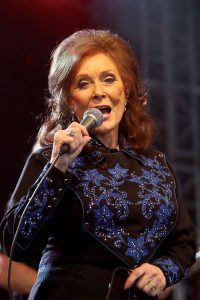 Lynn was born in April 1932 to a coal miner father, Melvin Theodore Webb, and mother, Clara Marie, and grew up in a small cabin in a poor Appalachian coal-mining community in Butcher Hollow, Kentucky.

She married Oliver Vanetta Lynn, Jr, a few months before her 16th birthday, and the pair welcomed four children, all born before Lynn turned 20. They had their first child, daughter Betty Sue on November 26, 1948, followed by their son Jack Benny a year later.

Their third, Ernest Ray, was born on May 27, 1951, and Clara Marie on April 7, 1952. Following the birth of their fourth child, Lynn and her husband took a hiatus as Lynn focused on her music career, releasing her first hit single, “I’m a Honky Tonk Girl,” in 1960. 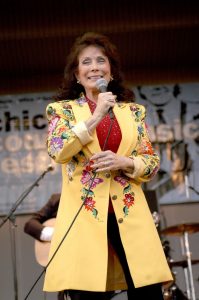 After the song became a hit later that year, Lynn became even more determined to continue pursuing music, which saw her release her first album, “Loretta Lynn Sings” in 1963, followed by a string of Top 10 country hits.

As her career thrived, so did her personal life. She and her husband welcomed their youngest babies, twins Patsy and Peggy, on August 6, 1964. Despite Lynn’s claims of a tumultuous relationship with her husband that included infidelity and abuse, their marriage lasted nearly five decades. The pair also shared several homes, including their mansion in Hurricane Mill, Tennessee, and another in Nashville they purchased in 1986.

Losing Her Husband and Selling Her Home
Lynn and her husband stayed faithful to their marriage vows — to stay together for better or worse, till death did them part. Known to be passionate about everything she did, whether singing, songwriting, or playing the guitar, Lynn gave her marriage her all.

Lynn opened up about the wayward ways of her husband in her book “Still Woman Enough,” detailing his abusive and philandering ways, yet she remained devoted to him, loving him endlessly despite his flaws. 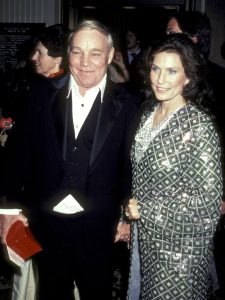 She would deal with her heartbreak by churning her pain into songs and proudly admitted to upholding love. She would often claim that if your man was not worth fighting for, he was not worth having.

She would, however, also claim that her husband was her hugest supporter. From buying her first guitar to helping promote her first single, she admits she would never have made it without him.

Unfortunately, Oliver passed on in 1996, and coping with the loss became an arduous task for the singer. She would say that she saw him everywhere and in everything around the house. 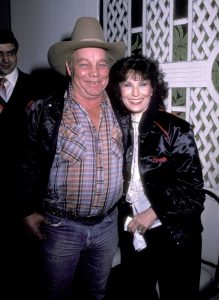 The pair had purchased a beautiful and luxurious home in a rural area outside of Nashville a decade earlier. Now, Lynn is looking to sell it for $799,000. The 3,409-square-foot home is a perfect blend of cozy and classy and boasts four bedrooms and three bathrooms.

The cozy abode sits on five acres of rural land directly on the Harpeth River, offering more than 300 feet of direct waterfront access for fishing, kayaking, and canoeing. The inside opens up to a large foyer with a sweeping staircase. A formal dining room and living room are complimented by a fireplace and mahogany walls.

The kitchen features granite countertops and custom cabinetry. Other features in the home include a sunroom and a bonus room fitted with hardwood, tile, and carpets.

The house was listed for sale only weeks after Lynn paid tribute to her husband in an emotional Instagram post featuring a black and white photo of the lovebirds with the caption:

“Today, my Doo would be 96 years old. Wow! I still remember that young soldier I first met in Butcher Holler. Happy birthday, honey.”

But that will not be the first time Lynn remembers her husband so lovingly. In January, she posted a photo of herself leaning on Oliver’s shoulder. Dedicated to the couple’s 74th anniversary since marriage, the post read:

“We had 48 years together, and I sure wish he was still here.”

Loretta Lynn’s Health Updates
Over the years, Lynn was blessed enough to live a healthy life. However, with old age comes numerous health challenges. In 2017, the songstress had a stroke that led her to stop touring. Months later, she fell and suffered a broken hip.

A fighter, Lynn recovered from her stroke and hip injury and bounced back. The singer is currently enjoying her life, even getting pretend-married to Kid Rock in 2020. She also still has not hung her singing coat. Her granddaughter, Taylor Lynn, told Us Weekly of her grandmother:

“Memaw is a rock star. Never underestimate her. She’s doing amazing! She’s so tough. A little slip ain’t gonna get her down.”

After a difficult recovery, the singer returned to the scenes, ready to continue working. She released her album “Wouldnt It Be Great” in late 2018. Speaking to Jenna Bush Hager in October of that same year, the singer opened up about her health, noting how good she felt. She said as Taste of Country reports:

Of all her achievements, including the Academy of Country Music and Grammy Awards, among many others, Lynn is most grateful for her six children and the love of family.