New revelations about attempts at reconciliation in the royal family ended in spilled tea.

Сharles has been “hurt” in exchange for “unconditional” love.

Archie and Lilibet’s titles might change now that the Queen has passed away.

Harry and Meghan returned to the US after both sides tried to reconcile the family.

After Prince Harry and Meghan Markle decided to step down as senior, working royals in 2020, there was a rift in the family. One relationship, in particular, that was affected was the one between Prince Harry and Prince William.

However, recent events have made it seem like the family might be reconciling after two years of a feud. It all started after Queen Elizabeth II died on September 8, 2022. 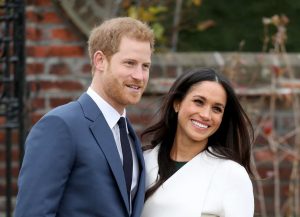 Prince Harry and actress Meghan Markle during an official photocall to announce their engagement at The Sunken Gardens at Kensington Palace on November 27, 2017 in London, England | Source: Getty Images

The family’s first attempt at reconciliation happened weeks after the Queen’s husband, Prince Philip, passed away. Prince Harry did not attend the memorial service at Westminster Abbey, but visited his family weeks later on his way to the Invictus Games, confirmed “Vanity Fair.”

King Charles III had requested that he see Prince Harry and Meghan before they had their audience with the Queen so that he was able to ensure that Prince Harry didn’t manipulate his grandmother into doing everything he wanted.

However, Prince Harry and Meghan were late to their meeting with King Charles III and therefore spent only fifteen minutes with him. During that time, Prince Harry suggested the family use a mediator to navigate their issues. 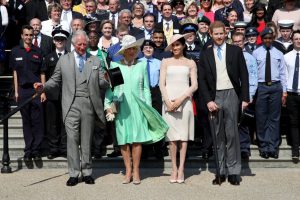 Prince Harry, Duke of Sussex, Prince Charles, Prince of Wales, Camilla, Duchess of Cornwall, Meghan, Duchess of Sussex and guests pose for a photograph as they attend The Prince of Wales’ 70th Birthday Patronage Celebration held at Buckingham Palace on May 22, 2018 in London, England | Source: Getty Images

The suggestion was not met with much enthusiasm from King Charles III and Queen Consort Camilla. A source said:

“He actually suggested they use a mediator to try and sort things out, which had Charles somewhat bemused and Camilla spluttering into her tea.”

“Vanity Fair” also confirmed that Prince William could not forgive his brother for what he had done as he thought they would work together for a long time and Prince Harry would be his brother’s wingman. 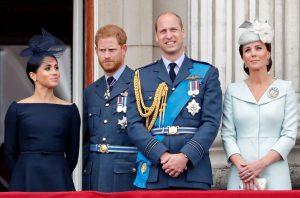 However, it was also claimed that Prince William and Princess Kate felt a sense of relief after Prince Harry and Meghan left The Firm because “the drama was gone.” There were allegations that Prince Harry’s departure would overshadow his father’s reign.

While King Charles III has confirmed that he felt disappointed by Prince Harry’s departure and even hurt that his son would do such a thing, “Vanity Fair” reports that he has never stopped trying to reconcile the family.

King Charles III has made many attempts to reconcile his sons and included Prince Harry and Meghan in many activities during the wake of the Queen’s death. He even allowed Prince Harry to wear his military uniform. 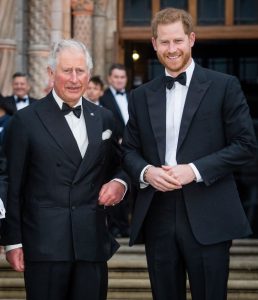 Even after the family reunited on some level to mourn the Queen, there was a question hanging in the air. Prince Harry and Meghan’s children do not have royal titles, but it has been said that royal titles might be bestowed upon them now.

Archie and Lilibet’s Royal Titles Might Change
After the Queen passed away, Prince Harry and Meghan’s children, Archie and Lilibet, immediately became Prince and Princess. However, their titles have not been officially changed, per “Marie Claire.” 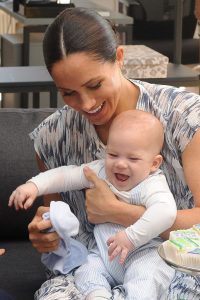 Britain’s Duchess of Sussex Meghan hold their baby son Archie as she and the Duke meet with Archbishop Desmond Tutu and his wife (unseen) at the Tutu Legacy Foundation in Cape Town on September 25, 2019 | Source: Getty Images

The children are still listed as “Master Archie Mountbatten-Windsor” and “Miss Lilibet Mountbatten-Windsor.” Their titles have become a significant topic of discussion, with many people wondering whether or not they will get their royal titles after their parents left The Firm.

“Marie Claire” reported that since the Queen passed away, Prince Harry and Meghan have been relentless in pursuing royal titles for the children as it will afford them a certain level of security which they do not have without the titles.

Prince Harry and Meghan were allegedly not pleased to learn that while the children would likely get the “Prince and Princess” titles unless King Charles III objected, they would not be earning HRH designation.

“Vanity Fair” confirmed that the children would not know whether or not they had royal titles until a few months because King Charles III would be deciding on the titles based on what happens in upcoming months with Prince Harry’s book and the couple’s TV show.

“Marie Claire” alleged that the couple’s upcoming projects have been causing much worry in the royal family because they are not sure what Prince Harry and Meghan will reveal about them. 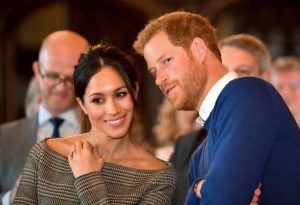 Prince Harry whispers to Meghan Markle as they watch a dance performance by Jukebox Collective in the banqueting hall during a visit to Cardiff Castle on January 18, 2018 in Cardiff, Wales | Source: Getty Images

A source told “People” that it was unlikely that King Charles would disavow his grandchildren and that they would be using their titles soon. The source said: 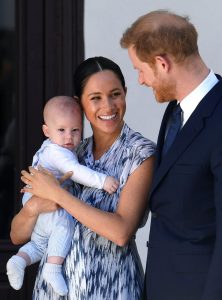 When Archie was born, he was granted the courtesy title of Earl of Dumbarton, but Prince Harry and Meghan elected not to give him the title and decided that his name would simply be Archie Mountbatten-Windsor.

The Royals Face An Uncertain Future
After millions of people worldwide watched the Queen’s state funeral on September 19, whispers about a reconciliation between Prince Harry and Meghan and the royal family began to stir. 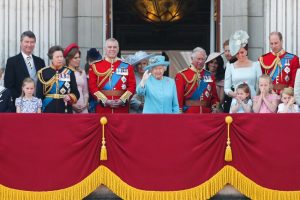 As Prince William extended an olive branch to his brother by inviting him and his wife on a walkabout of Windsor Castle to look at all the tributes left for their grandmother, fans began to become excited at the prospect of the rift being mended.

“Us Weekly” reported that it remained to be seen whether or not Prince Harry and Meghan could mend the rift between them and the family. Some believed that the Queen’s death had brought the family closer, and some thought it would only drag them further apart. 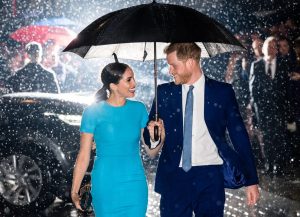 “I have no idea. I have no inside information on that, but I will tell you this: It was good to see Harry standing with his family.”

In the meantime, “People” has reported that Meghan and Prince Harry have returned to their Montecito home, where their children have been for the past two weeks as they carried out royal responsibilities.