Prince Harry and Meghan Markle’s new “progressive role” was not what was expected.

The Sussex couple was accidentally invited to a prestigious royal event.
Harry and Meghan have done everything “whatever was asked.”
Harry’s regrets lost time.
Prince Harry and Meghan Markle stepped down from their royal duties in 2020, and since then, the couple has only been seen at significant family events.

However, the Telegraph reported that the Duke and Duchess of Sussex stepped back, hoping to have a more “progressive role” in the royal family. 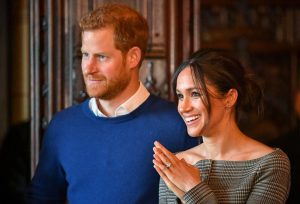 Royal experts have tried to find meaning in the couple’s vision. Kate Williams, a royal historian and a professor at Reading University in England, told NBC that Harry and Markle’s new working model might succeed for the royal family. Williams said the idea of the Sussex family working for the Firm during some parts of the year had a possibility of working out.

But, according to the Telegraph, the “half in half out” motto has not been accepted by the new king because they have reportedly only been included in intimate family events, but not in official engagements that involve high stake officials.

The Telegraph revealed that Harry and Markle had accidentally received an invitation to “a state reception of the century” at Buckingham Palace, but it was retracted at the last minute. 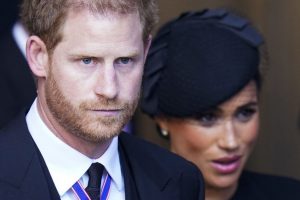 Prince Harry and Meghan Markle at the Queen’s funeral at Westminster Abby in 2022. | Source: Getty Images

This seems to be a way for the royal family to clearly indicate who is a working royal and who is not, speculated The Telegraph.

Although King Charles expressed his love for his son and daughter-in-law in his first statement as the new reigning monarch, recent events have shown how Harry and Markle have been excluded.

Prince Harry and Meghan Markle Were Excluded from Official Royal Engagements
Harry and Markle almost looked like they were back as working royals in the recent weeks that followed Queen Elizabeth’s passing. 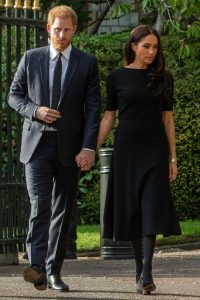 The Sussex couple showed up to the different locations to engage with mourners and well-wishers; a source even told the Telegraph that the couple did their best to represent the family. The source said:

“They have done everything as best they could. They have turned up, they have smiled, shaken hands, whatever was asked.”

However, the reality of this is that they are not on the list of the Windsor team sheet, which means they will not be included in everything, stated the Telegraph. 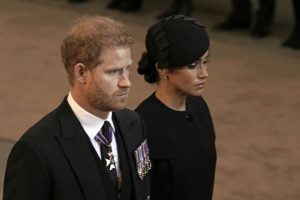 Prince Harry and Meghan Markle at the Queens funeral at Westminster Abbey in 2022. | Source: Getty Images

Even in his first official statement, King Charles III acknowledged his sons differently. With Harry and Markle, he emphasized that he wished them well as “they build their lives overseas”.

When it came to Prince William, the King said, “our new Prince and Princess of Wales continues to inspire and lead our national conversations”.

The Telegraph speculated that the king’s distinction showed why Markle and Harry did not get to attend an engagement with 1000 important guests at Buckingham Palace. 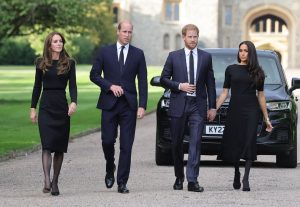 The Telegraph indicated that the vision of a modern way of working for the royal family does not aline with the monarchy’s principles; therefore, Markle and Harry do not get to be introduced as royals in the same room as people like the president of America, Joe Biden.

Harry and his wife paid respects to Queen and represented the family as best as possible; however, fans are happy to see Harry and William trying to rebuild their relationship again.

Prince Harry and Prince William Are Still Working On Their Relationship
The Queen’s passing made the royal family stand in solidarity despite their clashes, especially between Harry and William. But since Harry and Markle were not seen at other royal engagements after the Queen’s funeral, many have seen this as another blatant sidelining of the Sussex family. 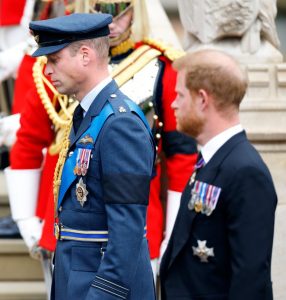 However, a friend of the brothers told Times Lives that he believed Markle and Harry’s appearance was solely in solidarity with the Queen but not a way to get back to their royal duties.

The source further explained to Times Live that the couple still had some mending to do before considering the possibility of stepping back into the royal duties.

According to Page Six, Prince Harry found it difficult to be in his brother’s presence at times; a Times Live source also added that it took a lot for the brothers to stand together for the sake of the Queen and the family. 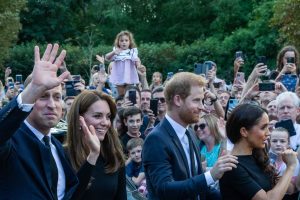 The brothers are said to be taking baby steps toward a truce. Page Six reported that Harry and William had a brief encounter when the Prince of Wales picked up his children from school. The royal brothers reportedly drove past each other, rolled the windows, and had a brief chat before driving off again.

Page Six also revealed that a close friend of Prince Harry speculated that his visit to the UK might have poked some wounds and left Harry with regrets over “missed opportunities and what could have been”. 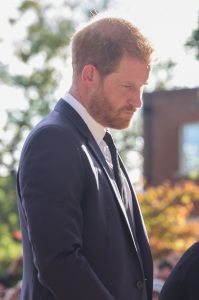 Nonetheless, Prince Harry is reportedly more than delighted with the life that he and Markle have built together, and there might still be hope for a happy royal family.