A girl skipped school to visit her late friend’s grave and tried to get others to come too. But they wouldn’t because others did not like the kid until she got in front of the class and showed them something shocking.

“I don’t want to come with you. Stop bothering me, Alice,” a classmate outside school replied angrily after Alice begged him to skip and go with her to visit their late classmate, Charlie. The boy ran off, and Alice’s shoulders slumped. She had gotten the same reaction from everyone, every single day.

Still, she did skip school and went to the cemetery, which was a few blocks away from the local elementary school. She was in second grade and had been Charlie’s only friend despite his best efforts to bond with the entire class. No other kid wanted to be friends with him because he was their teacher, Mr. Martin’s son, and he always got good grades.

Their classmates thought he had an advantage, but Charlie was just smart. Sadly, he died after a car accident, and Mr. Martin had been absent from school since then. Their substitute teacher was a young woman who was unfamiliar with all her students, and Alice had been able to skip school for a week without anyone noticing.

Alice took out a notebook, which Mr. Martin recognized as Charlie’s. He had been looking for it and couldn’t find it.
At the cemetery, she talked to Charlie and promised that other kids would come soon. “I have a plan, Charlie. I’m going to prove you wanted to be their friend, but I don’t know when I can do it,” she swore on his grave and went back to school to grab her bus home.

Unfortunately, the following day, she saw that Mr. Martin was back, and if she skipped that day, he would rat her out. Alice didn’t want to get in trouble, so she went to her class this time. Mr. Martin called attendance, and instead of saying “present,” Alice raised her hand and asked to speak to the class.

Mr. Martin knew she had always been nice to Charlie, so he allowed it and sat on his desk while the girl went up to the front with her book bag.

“Mr. Martin, I’ve been skipping school every day, and no one noticed,” Alice revealed to the class. Of course, the others knew, but they never said anything.

But Mr. Martin was shocked. “Alice, what? Why? Where did you go? Do you know how dangerous that was?” he rapid-fired questions, clearly knowing how easily something could happen to a child. 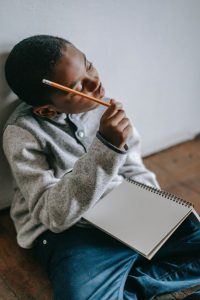 “Wait,” the little girl stopped him and grabbed her book bag. “I’ve also asked the others to come with me. Because I was visiting Charlie in the cemetery. But no one did because they didn’t like Charlie. But… Charlie loved all of you, and I can prove it.”

“Alice, what do you mean? You visit his grave every day? I….” Mr. Martin was at a loss for words as the little girl nodded and continued to ruffle through her bag. His hand went to his mouth, and his heart felt warm at the idea that someone had been there for Charlie.

Alice took out a notebook, which Mr. Martin recognized as Charlie’s. He had been looking for it and couldn’t find it. Alice showed the class his son’s drawings of everyone. “Charlie drew all of you here and wrote what he liked about you all and your birthdays,” Alice revealed another detail Mr. Martin didn’t know, and tears gathered in his eyes.

“He was going to tell Mr. Martin all of the dates, so we could have parties when class was over, and he always told his dad not to set too much homework on Fridays,” the little girl continued. “All he wanted was to be friends with all of you, and I promised on his grave that I would show you this.” 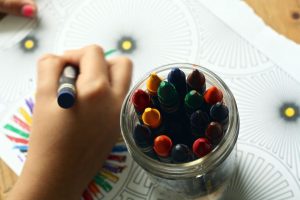 Alice’s mouth turned down as she shut the notebook and started crying. Mr. Martin’s own tears had fallen at the words from this sweet little girl, and he went to her, knelt, and gave her a tight hug. “Thank you,” he choked into her hair as they both cried.

The rest of the class was also moved, and they all suggested visiting Charlie’s grave together. Mr. Martin pulled away from Alice, wiping her tears and then his own. He couldn’t take the kids from school without permission, but he could see that no one in class would be able to concentrate on a lesson.

“How about this, kids? Let’s make a drawing or write a letter with something you wished to show or tell Charlie. I’ll see when we can visit him,” the teacher suggested, and all the kids got excited. Alice ran to her desk and started taking several papers out. 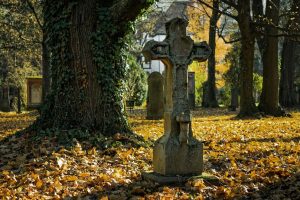 He sat down and tried to contain his emotions while the class talked about his late son, and some asked him questions like what fruits he liked or what was his favorite animal. That Friday, he arranged an outing with permission from the parents to visit the cemetery, and all the children took turns talking and showing what they had made for Charlie.

It was an educational moment for the kids, who needed to learn about life and death, and Mr. Martin would cherish that day forever, as it finally seemed like Charlie had people who would remember him. He kept all the things the kids made and saved them in an album so he would never forget the kindness of Charlie’s only little friend, Alice.
Girl kneeling in cemetery. | Shutterstock
SOURCE:AMOMAMA