For years, King Charles III felt left out of his son, William’s life. But now, the father and son appear to be in a good place. Charles proved it with his words after William’s comment about inheritance in 2021. Find out more.

Princess Diana was always a bit of a trailblazer and was never afraid to tread her own path, and it certainly was not any different when it came to the birth of her sons.

The late Princess of Wales opted to give birth to her first son, Prince William, at the Lindo Wing of St. Mary’s Hospital in Paddington. It might not sound unusual, but before that, royal mothers welcomed their babies in Royal palaces.

However, Princess Anne gave birth to her two children in a hospital in 1977 and 1981, respectively. However, on June 21, 1982, Prince William became the first future monarch to be born in a maternity ward. His father, Prince Charles, witnessed the delivery.

Following Prince William’s birth, the monarch was introduced to the royal family members, and many of them had nice things to say. However, there was one comment made about the baby boy that some found surprising. 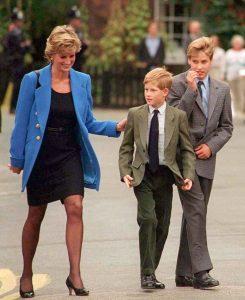 Queen Elizabeth’s comment when she finally met her grandson for the first time was not what anyone expected. The monarch said (via The News),

While many may have considered the Queen’s words a joke, they appeared unflattering to Charles, as he had been ridiculed for his ears for many years. Here are more details about Charles, his parenthood, and his children’s lives.

Sometimes, people’s actions in their adult years are linked to their childhood experiences, which was not any different for King Charles III.

In 2021, Tom Quinn, a royal author, revealed in “Charles & Harry: Father & Son Divided” that the poor parenting decisions were tied to how he was treated as a child.

According to the author, Charles never received any parenting from his parents, who were often away. Due to his parent’s absence, the young prince was left in the care of nannies in a Victorian Way.

So, when Charles finally became a father, those experiences appeared to have played a massive role in his treatment of William and Harry.

Charles often treated his children as young adults during their childhood. Royal experts also said he was a workaholic and did not take time off to spend with William and Harry.

However, when he did devote time to them, it was quality time. The royal brothers saw their father as “incredibly hardworking” and a regular dad. 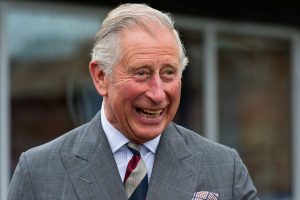 In the documentary “When Ant and Dec Met The Prince: 40 Years of the Prince’s Trust,” William and Harry explained that Charles would embarrass them in school by laughing at the wrong time.

According to the duo, things like special effects malfunctioning at a school play seemed amusing to their dad. Unfortunately, while William and Harry knew their father for being cheerful and making them laugh, thenow King would be the one to break the worst of news to them — the death of their mother.

Before Diana passed away in 1997, her marriage with Charles collapsed due to the latter’s affair with Camilla Parker Bowles. It was heartbreaking for Harry and William and affected their initial perception of Parker Bowles.

So, Charles remained sensitive about his children’s feelings regarding his new girlfriend and never brought her home until William and Harry asked to meet her.

Although the brothers finally accepted Parker Bowles, their relationship with their father had already been strained due to Charles and Diana’s divorce.

Charles allegedly believed that his ex-wife had poisoned William and Harry’s minds toward their father. Nevertheless, the father of two still kept in touch with his boys during their period of education.

WILLIAM AND THE MIDDLETON’S RELATIONSHIP

In 2011, William walked down the aisle with Kate Middleton, forming a solid bond between the Royal Family and the Middletons. According to Royal Author Katie Nicholl, The Queen openly accepted William’s parents-in-law.

It was not difficult for the Queen to do so as Nicholl revealed that William already had a great relationship with his parents-in-law right from him and Middleton’s dating years and insisted on the Royal Family treating them well.

To date, William still shares a great bond with his wife’s parents. Surprisingly their closeness has caused a bit of a problem between the Duke of Cambridge and his father in the past. 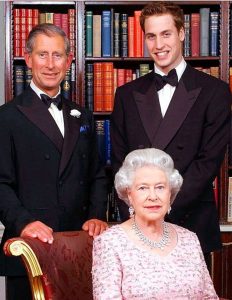 A Royal expert made it known that William’s close bond with his parents-in-law made Charles feel left out of his son’s life. According to the expert, staff often overheard explosive rows between the father and son.

The rift became even more evident when William and his brother took part in an ITV documentary to mark the 20th anniversary of Diana’s death and left Charles’ name out of the entire documentary. This left Charles upset about his sons’ decision to write him entirely out of their history.

Recent times have seen William and Charles mend their relationship. According to a report, the former has noticed similarities between him and his dad and believes that he is similar to Charles in more ways than he would admit.

The father and son are becoming closer by the day. In 2021, Charles proved he and William were in a good place when he commented on his son’s words about inheriting the Duchy.

The Duke of Cambridge had revealed that he had started thinking about how he would inherit the Duchy once his father became king. William said (via The Sun),

“I think it’s really important, about the family angle, I really do.”

The Duke of Cambridge also mentioned his thoughts of passing the estate to his kids when the time comes. Following William’s revelation, Charles noted that he was touched. In his words (via The Sun),

“When I saw it, I couldn’t believe it — I was deeply touched and moved by what he said.”

Overall, the now King is proud of William and the roles he has played and is playing in the area.
Getty Images
SOURCE:AMOMAMA