A woman answers the door one stormy evening and is terrified to find a little boy crying for food on her doorstep. Out of curiosity, she takes him in, knowing little about where it would lead her.

They say miracles happen when you least expect them. 35-year-old Amanda was a strong believer in such miracles and hoped that someday, she would have a child to address her as ‘mama.’ But a fateful accident seven years ago brought her dream of becoming a mother to a standstill.

Following a life-saving surgery, doctors told Amanda that she would not be able to bear a child. The prognosis struck both Amanda and her husband, Jonas terribly.

For many years since then, they lived with the bitter truth that there would be no child in their lives, until one day when a strange little boy arrived on their doorstep… It was a breezy Sunday evening, and there was an unexpected power outage. “The weather these days…” grinned Amanda as she lit the altar with a candle. “What’s that noise?” she exclaimed after hearing a weird scratching sound on the front door.

“Jonas, have you forgotten to lock the door?” she complained, approaching the door to latch it up. “That’s weird! It’s locked, but where’s that noise coming from?”

Not all are blessed with children, and you should always be careful who you leave your kids with.
Amanda thought it was the wind and stepped away, only to hear a strong rustle followed by a scratch on the door. She knew it was not the wind and was frightened if it was some wild animal outside. Suddenly, she heard loud bangs on the door followed by a faint, shy ‘Hello, anyone home?’ which startled her. 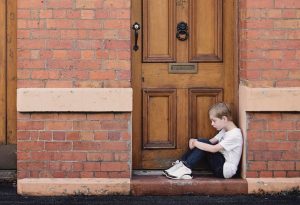 Curious, Amanda slightly opened the door and peeped outside, only to be startled to find a little boy looking up at her in tears. “Do you have some food? I haven’t eaten in three days,” he cried.

“Mike?!” she shrieked. “What are you doing here? It’s so stormy, and you should not be out alone like this. Come in.” Amanda knew Mike. He lived with his little sister Coby, mother Josie, and stepfather Johnson in an old trailer near the woods.

She often noticed Mike and Coby playing outside their trailer whenever she drove home from church. It melted her heart, and she wished she had children like them. So seeing Mike all of a sudden on her doorstep on that windy evening puzzled her.

“What are you doing here? And how did you find I live here?” Amanda asked, giving him a warm drink.

“Mommy is in the hospital. Our daddy said he would bring us food and left us in the trailer three days ago. But he never returned,” sobbed Mike. “My sister and I are so hungry! I used to see you often outside our trailer. One day, I even ran behind your car for fun. That’s how I know you live here.”

Amanda was shocked. She could not believe that a grown man like Johnson would even dare to desert two little kids alone like that. She and Jonas hurried to the trailer to check on Coby, and what they encountered next left them shocked. 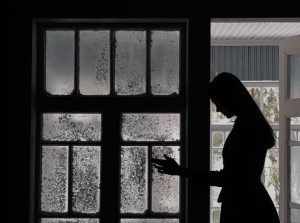 “Coby, look, I brought us food!” shouted Mike, trying to wake his little sister up. She was shivering inside the ragged blanket and appeared sick.

“Wait, let me check,” said Amanda. “Jonas, please call an ambulance. She needs to get to the hospital immediately. She is down with fever.”

Jonas called an ambulance and social services. Little Mike and his sister were immediately taken to the hospital. Meanwhile, Jonas asked all his friends if they had seen Johnson, a well-known carpenter in town. They managed to track Johnson down mere hours later.

It turned out that he had planned to flee because he was not ready to pay for his wife, Sarah’s treatment, and did not want to take care of her children, Mike and Coby.

Johnson was arrested for leaving two little kids unattended. Amanda and Jonas felt justice was served right but could not be completely happy. They worried about what would happen to Mike and Coby. They had long wanted children and decided that this was their golden chance to offer all their love and kindness to these two kids. 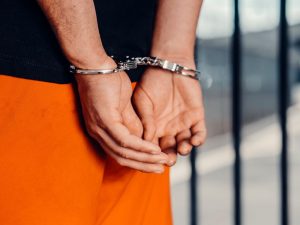 The couple eventually raised funds to make the poor family’s lives better. They covered Sarah’s treatment and refurbished their trailer into a comfortable living space with the remaining money.

“I don’t know how to thank you!” cried Sarah when Amanda and Jonas visited her in the hospital with her kids.

“It’s alright, Sarah. Maybe this is what God wanted us to do, and we are glad we were able to help. And you should know something—Do not trust your children with someone unwilling to be responsible for them. Not all are blessed with children, and you should always be careful who you leave your kids with,” said Amanda.

Sarah eventually recovered and moved back in with her kids. She was deeply thankful to Amanda and Jonas for improving their lives. Although the couple did not have kids, they took extra care and trouble beautifying Mike and Coby’s lives. They often visited the family to ensure they had enough food and were well cared for.