Diana’s memory was also kept alive by her lookalike granddaughter, William’s daughter, Princess Charlotte, who resembled her late grandmother.
Prince William was devastated after losing his mother at a young age.

One way that Prince William’s children would continue to remember their grandmother, Princess Diana, was because royal fans believed his daughter, Princess Charlotte, looked like the late princess. In August 2022, the current Prince of Wales surprised fans with a joint video that featured his only daughter.

On his official Twitter and Instagram accounts, William shared a video where he and Charlotte supported the Lionesses ahead of the Euro2022 final. Fans swarmed the comment section, with many noting how the little girl resembled the late Princess Diana.

Diana was William’s mother and Charlotte’s grandmother. According to Daily Mail, some fans thought the princess, who would inherit one of Diana’s tiaras, was a mixture of her parents and the People’s Princess.

Someone else thought the little girl was beautiful, like her mother and Diana. One person was so struck by how alike the grandmother and granddaughter pair that they wrote:

While another Twitter user thought Charlotte only had her late grandmother’s smile. In the clip, William’s daughter got to wish the soccer team well ahead of their last match, which they happened to win.

Diana’s first son, William, revealed in “Diana, Our Mother: Her Life and Legacy,” a documentary on HBO, that he was keeping the memory of his mother alive. William shared that he talked about her to his children during bedtime.

Even decades after, the death of the kind-hearted and generous Diana was still as tragic as the day it happened. Her passing was an intense loss for her loved ones and the world. 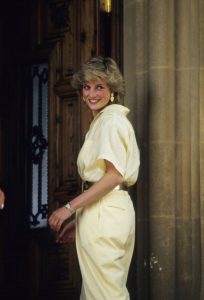 Till today, tributes pour in every August, the anniversary month of her death, from people worldwide as they celebrate her life and her legacy. The day Diana died, she was sadly far away from her children.

The Shocking Death of the People’s Princess
Diana died on August 30, 1997, in Paris while she was with her rumored boyfriend Emad “Dodi” Fayed. She passed away after a tragic car crash, and the news of her death sent shockwaves across the globe. 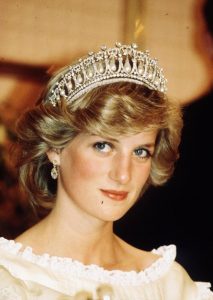 The princess has been sorely missed even to this day. She may be gone, but many still remember her kind heart and soul and the incredible things she did in the world, which led her to become known as the “People’s Princess.”

The term stuck after Tony Blair, the ex-United Kingdom (UK) Prime Minister, used it after her death. He remembered her love for people, how she showed this love to everyone, and her willingness to lend a helping hand. 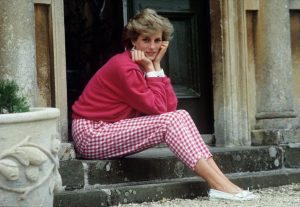 Young Princes William and Harry had an incredible mother, who loved them completely, taken away from them. At such a tender age, the jaws of death snatched away the one thing that meant the most to them.

Harry and William only started opening up about how devastating it was to lose their mother years after the loss. The Duke of Sussex shared how he felt about not opening up sooner, saying:

“I really regret not ever talking about it. For the first 28 years of my life, I never talked about it.” 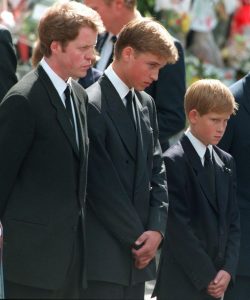 Princes William and Harry with their uncle, Charles Spencer, outside Westminster Abbey on the day of their mother’s funeral on 6 September 1997. | Photo: Getty Images

Experiencing this regret caused him to become passionate about creating awareness around mental health, and he founded Heads Together with William and his wife, Princess Kate. Many mental health organizations and charities have become part of the organization, and they help fight the stigma around psychological problems and depression.

Harry also spoke out about how angry he was about the death of his mother in the Apple TV+ documentary “The Me You Can’t See.” He said he believed there was no justice for the passing of his mother. 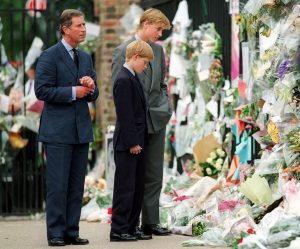 According to William, being at the funeral was the hardest thing he had ever done. The older sibling also revealed how he felt the presence of his late mother on that fateful day and he loved Diana so much because of her loving actions.

The Amazing Mother with a Good Heart
The media captured many lovely interactions between Diana and her sons, and her love for them was evident. Despite her busy schedule, the former Princess of Wales still ensured she spent enough time with them. 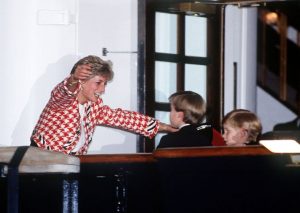 Princess Diana greets her sons Princes William and Harry on the deck of the yacht Britannia while they were on an official visit in Canada on 23 October 1991. | Photo: Getty Images

There were numerous heart-warming moments of her, William, and Harry during various outings. In an interview with her former husband and the father of her children, former Prince Charles, now King Charles III, Diana expressed just how much her boys meant to her by stating:

“I live for my sons. I would be lost without them.” 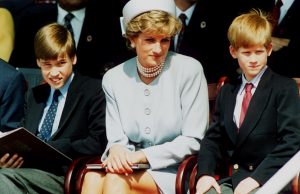 Princess Diana with her sons Prince William and Prince Harry at the Heads of State VE Remembrance Service in Hyde Park on May 7, 1995, in London, England | Source: Getty Images

According to reports, Diana was so attached to her children that she often broke protocol to be close with them. The doting mother did most things for William and Harry as a parent, taking them to school herself and even hugging her boys in public.

Diana “Would Have Been the Best Grandmother Ever”
The late Diana’s brother, Charles Spencer, became a big advocate for her legacy and often shared pictures of her on his social media page in her remembrance. One of the things Spencer and his siblings remember the late princess for was her incredible inner beauty.

Not only did they experience it, but William’s late mother also expressed it on the outside and touched many lives worldwide. Diana’s brother thought his sister would have enjoyed her grandchildren, noting:

“One of the great tragedies is that Diana would have been the best grandmother ever.” 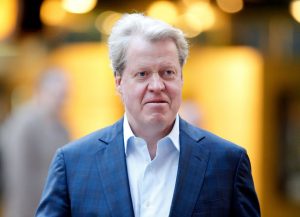 According to William, his late mother was down to Earth and enjoyed laughing and having fun. He said she would have done crazy things with her grandchildren, and they would have loved having her around, but he ensured his children never forgot her despite her not being around.

William Ensures His Children Don’t Forget Their Late Grandmother
William shared how he always talked about his late mother to his three children. Prince George, Charlotte, and Prince Louis. Speaking on the HBO documentary about his mother ahead of the 20th anniversary of her death, he said:

“I do regularly (when) putting George or Charlotte to bed, talk about her and just try and remind them that there are two grandmothers.” 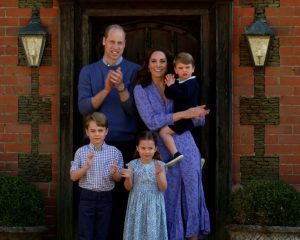 Prince William, Duchess Kate, George, Charlotte and Louis clap for NHS carers as part of the BBC Children in Need and Comic Relief ‘Big Night In’ in London in 2020. | Photo: Getty Images

In the documentary, he revealed he’d put up numerous photos of his mother around the house. Diana’s grandchildren saw how beautiful she was and heard about her goodness, and they also paid tribute to her on special days.

[Prince] William further noted in the post that Mother’s Day would be different again for everyone due to the COVID-19 pandemic…
Cards to Remember Grandma
During 2021’s Mother’s Day, William’s little ones made cards to tribute their late grandmother. The father of three revealed that they remembered Diana on the holiday each year.

With Mother’s Day being such a particular time for everyone, the day was probably a sad remembrance for William that his mother was not around. Taking to Instagram, he posted sweet and colorful cards made by his children with messages for Diana.

George wrote: “Dear Granny Diana, Happy Happy mothers day. I love you very much and think of you always. Sending you lots of love.” While Charlotte’s sweet message read,

“I am thinking of you on mothers day. I love you very much. Papa is missing you. Lots of love.”

The youngest, Louis, wrote his name on his bold-colored card with a heart and animals. William further noted in the post that Mother’s Day would be different again for everyone due to the COVID-19 pandemic, but at least they’d soon get a chance to hug their mothers.