When Peter lost his son and his wife in consecutive years, he moved to a small woodland town to live peacefully. One day, while walking the trails with his dog, he saw a little girl crying and took her home. He went to look for her parents and discovered something he never expected.

“Come on, Buddy. Let’s go,” Peter said to his dog, Buddy. The big mutt loved his walks around the forests that surrounded his house in Decorah, Iowa, maybe because he found him as a puppy there one evening. Since then, they had been inseparable, and the dog was honestly the only reason Peter kept going.

Years ago, Peter and his wife, Lauren, lived in Des Moines, Iowa, but their son was adventurous and wanted to travel the world, climb every mountain, and raft through dangerous rivers.

His parents didn’t get it, but they supported him. Unfortunately, one wire came undone during a tricky climb, and their son was gone in a second. Lauren was inconsolable, and she died of depression only a year later.

“My boyfriend died suddenly. I was two months pregnant and didn’t know it. It was such a freak accident, although I told Giles that his hobbies were dangerous,” Margaret explained, making Peter stop breathing.
That’s when Peter decided to move to Decorah and live away from most of the town, in an area surrounded by nature. It was perfect, and the forested parts seemed to have healed his soul for many years. But Buddy had been the best partner in his new — sometimes lonely — life.

Now it was time for their nightly walks around the forest, and Buddy was jumping up and down excitedly. Peter placed the leash on him and set off.

After a while, Buddy started pulling the leash way too harshly. “Woah, boy, settle down,” Peter commanded, but Buddy kept going. This was odd behavior for him. His ears were standing, and he seemed to be following something. Peter decided to allow it just in case something was wrong.

As they moved farther, Peter realized there was a strange noise in the air. Cries. Could there be another abandoned puppy out there? How could people be so cruel and leave their pets out in the cold forest? he wondered to himself as he let Buddy pull his leash. Then they came upon a figure sitting next to a tree. It was a little girl. Peter ran and kneeled in front of her. “Hey, there, kid. What are you doing here?” he asked gently.

“I got lost,” the little girl answered, her lips trembling. Peter took off his jacket and covered her with it. “Can you help me?”

He picked up the fragile kid in his arms, and Buddy led them back to his house. He sat her down in front of the fire with his dog curling up next to her.

He had started preparing some food and hot chocolate for her when she spoke up. She wasn’t trembling anymore. “Thank you, sir,” she said, looking at him with the biggest eyes in the world.

Peter grabbed two mugs of hot chocolate and gave her one. “Call me Peter, kid. What’s your name?”

“Okay, Daisy. What were you doing out there in the forest?” 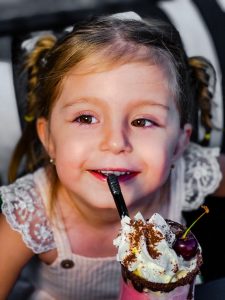 “My mom leaves me alone at home all the time. I got bored, and I went out. I thought I would find an adventure. But I didn’t. Everything went dark. I was so scared. And cold,” the little girl explained while Peter nodded.

He could understand her spirit because his son had been the same way. He wandered off many times during his childhood. He was always finding trouble, especially in nature. It made him laugh. But it was different. Because they had always been nearby. This girl didn’t seem to have anyone watching her.

“Do you know where you live, Daisy?” Peter wondered.

“My house is next to the big new store. It’s covered in plants,” she explained, drinking her hot chocolate.

Peter’s oven bell went off, signaling that their dinner was ready, and he got up. “Okay, kid. We’re going to eat today, and you’ll sleep on the couch. Tomorrow, I’ll go look for your mom,” he offered, and Daisy smiled.

The big new store Daisy was talking about seemed to be a brand-new supermarket in town. There were several houses next to it, and one of them was covered in ivy. The plant was taking over the entire front of the structure. The place seemed in desperate need of repairs, and the rest of the garden was overgrown. 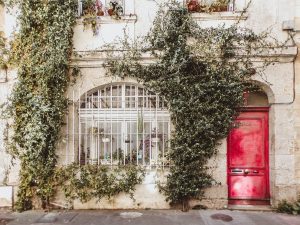 The house seemed unkept and was covered in ivy. | Source: Pexels

Peter went to the door and knocked. No one answered. He tried ringing the bell, but it was broken, so he knocked more forcefully. He jiggled the door handle and the door opened quickly with little to no effort.

He entered the house slowly and saw a woman snoring on the couch. She must be Daisy’s mother, and she was still in her supermarket uniform, which meant she might have fallen asleep as soon as she got home.

She was not wealthy, and Peter guessed that she was a single mother, raising her daughter as best she could.

“What? What?” she woke up in a huff and looked up at him, disoriented. “What’s going on? Who are you? What are you doing in my house?”

Peter raised his hands, trying to calm her. “My name is Peter. I’m here because I found your daughter lost in the woods last night. At least, I think she’s your daughter. Is Daisy your daughter?” he explained.

“What? Daisy was in the woods?” she exclaimed, jumping up from the couch and rushing to the hallway. She came back, rubbing her hands on her face. “Where is she?”

“Again, she’s at my house. But are you sure everything’s okay? She says you leave her alone all the time,” Peter hedged, trying to assess the situation.

“What do you mean? Daisy is fine! She’s just… adventurous! She must have slipped away when I was still at work,” Daisy’s mother continued.

“Margaret,” she answered. “Please, just take me to my daughter.”

Peter agreed to bring Daisy back, but only if they called social services first. Margaret nodded, just desperate to get her daughter back.

Soon after, a social worker came to Peter’s house with Margaret, and the mother and daughter reunited with a tight hug. Margaret picked up Daisy, who looked at Peter and called out, “Bye, Grandpa!”

Peter felt those words in his heart. It would be so lovely to have a granddaughter, so he made a deal with Margaret and the social worker. Since he was retired, he offered to babysit Daisy whenever they needed him. 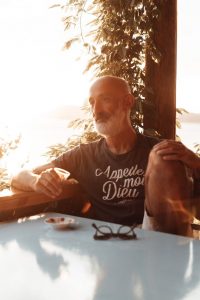 Peter invited Margaret for coffee and asked her some important things. | Source: Pexels

The CPS lady thought it was a great idea and allowed them to make the arrangements. She saw no danger to Daisy. Margaret was so grateful to Peter because she could finally work without worries and sleep better.

When Margaret came to pick up her daughter one evening, Peter invited her to sit down and have some coffee first. Daisy was still playing with Buddy, so it was fine.

“How did you end up alone with a kid?” Peter asked after they chit-chatted about everyday stuff.

“My boyfriend died suddenly. I was two months pregnant and didn’t know it. It was such a freak accident, although I told Giles that his hobbies were dangerous,” Margaret explained, making Peter stop breathing.

It couldn’t be. His son was named Giles. There were probably many Giles in the world, but could it be? “How did he die, Margaret?” he asked, stoic.

“He was a climber, and his rope broke or something freaky like that. We lived in Montana, but I was visiting my grandma here. When they told me the news, I just decided to stay here forever. My grandma died shortly after, and I discovered my pregnancy— Peter, are you okay?” Margaret stopped, worried about Peter, who by then had started crying.

“Giles… was my son,” he revealed, looking at Daisy who was petting Buddy.

“What? That’s impossible,” Margaret breathed, also staring at her daughter.

Margaret had several pictures of Giles still on her phone, and Peter confirmed he was his son. Therefore, Daisy was his real granddaughter.

They were all shocked by the revelation, except for Daisy, who had started seeing Peter as her grandfather even when she didn’t know the truth. Or perhaps, she sensed it in some way, the way kids can see and feel things that adults don’t.

From then on, Peter helped Margaret as much as possible, and they became a family.