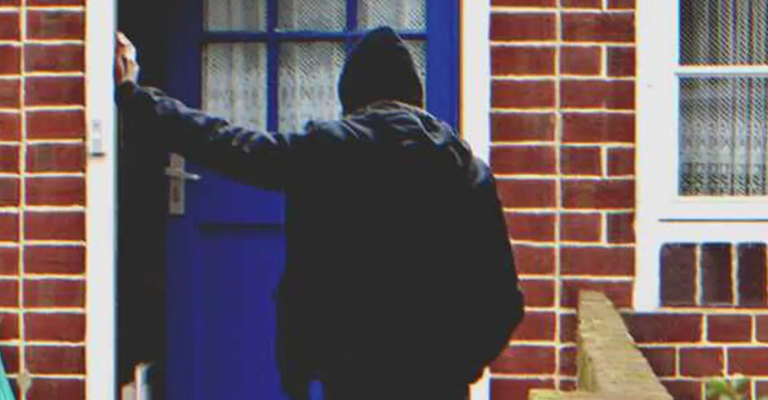 Charles Richardson was a busy man, an important man, and his time was valuable. His wife and children knew it, as did his employees, but no one knew it as well as his mother, Esther.

Even though he proclaimed himself a devoted son, Charles seldom saw Esther. Sometimes, three or four months would go by between visits, no matter how many times she called.

Things changed when one of his mother’s neighbors called. She alerted Charles that a strange young man was visiting his mother’s house, a young man with a dark reputation.

According to the neighbor, the man was a gang member, and she suspected that his frequent visits probably meant the man was stealing from Esther.

Alarmed, Charles called his wife and told her he’d be late for dinner, and then he drove the 56 miles to his mother’s home. Charles knocked on the door and called out: “Mom!”

After a long time, he heard the shuffling sounds of his mother’s footsteps, and Esther opened the door. “Charley!” she cried happily. “What a wonderful surprise!” 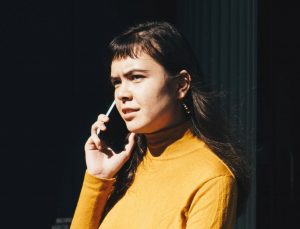 Esther nodded her agreement and led Charles down the corridor to the living room. While his mother carefully eased herself down on the sofa, Charles took a quick look around.

Everything seemed to be in its place. The TV, the radio… Nothing was missing. In fact, the house looked as neat as a pin. Not a speck of dust marred the surfaces of the furniture.

Charles sat down and got to the point. “Look, mom,” he said. “Mrs. Dreyfuss said that an unsavory character has been visiting you just about every day. Is this person stealing from you? Or extorting money from you?”

“What?” gasped Esther. “Is that what she said? Amanda Dreyfuss is a busybody and a gossip, and she should mind her own business!”

Esther raised her chin and stared Charles down. “I don’t understand,” Esther said. “I haven’t seen you in nearly six months, you hardly ever call, and now you want me to explain my life to you?”

Charles flushed. “Mom,” he cried. “It hasn’t been that long. And you know I’m very busy…”

“Of course you are,” Esther said. “That’s why I haven’t seen my grandchildren for so long. You forget about me, don’t you?”

“You’re a busy man,” Esther said calmly. “You can’t afford to spend time on something that brings you no profit, like visiting your mother.

Charles was angry. “I’m here now, aren’t I?” he said. “I’m showing concern, and it won’t bring me any profit!” 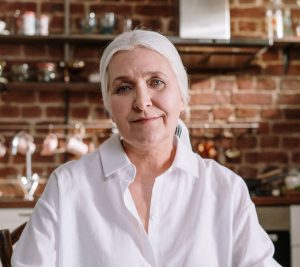 “You’re only here because Amanda Dreyfuss called you,” Esther said sadly. “You want people to think well of you, that you are a good son, isn’t that so?”

“You don’t try very hard,” Esther said bluntly. “Look around you, Charles. What do you see?”

Charles started looking and noticed that the living room wasn’t just spotless; the walls and the ceiling were freshly painted, and the window panes sparkled.

“Everything looks great, mom,” he said. “But you shouldn’t work too hard.”

“I don’t work at all,” Esther said. “I can’t stay on my feet too long because of my arthritis.” 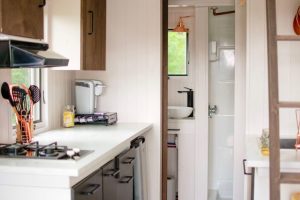 Charles got up and peeked into the kitchen. Everything was just as spick and span as the living room. The entire house smelled fresh and clean and looked as neat as a pin.

Esther looked at the clock and smiled. “You will, in a few minutes!”

The doorbell rang, and Esther got up to answer the door. She came back with a man and a little girl in tow.

Charles could see why Mrs. Dreyfuss said the man was a gang member! He was HUGE, with massively muscled arms covered in tattoos. He looked tough and strong.

The little girl was around seven years old and dainty as a porcelain doll. She was wearing a pretty pink princess dress and carrying a doll. “Look, Granny Esther,” she said, holding up the toy.

“Granny?” exclaimed Charles. “Mom, who are these people?” 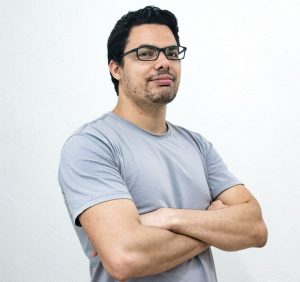 “Charles, this is my friend David Morton and his daughter Mavis,” Esther said. “David lives close by, and he drops in nearly every day. We met at the grocery store, and he brought my shopping home.

“David is a single dad. He has no family in the city. I’m alone too, so we’re in the same boat. We support each other. He’s my savior! He paints and fixes up whatever breaks…”

David smiled and didn’t look that fierce. “Esther is teaching me,” he said.

“Mom,” Charles protested. “YOU have a family, you have me, and you have your own grandchildren!”

“And I love you, Charles, and I miss my grandbabies,” Esther said sadly. “But I’m lonely, and I never see you. You don’t need me, but David and Mavis and I need each other.” 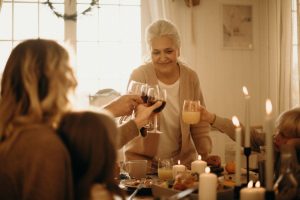 Charles left his mother’s house profoundly ashamed of his neglect. He started visiting Esther more regularly and bringing his children along to spend time with their grandmother. He grew to know David and Mavis very well, and the two men eventually became friends.