King Charles III and Camilla Queen Consort’s relationship has been a sore subject for the Royal Family for years. Their affair tainted The Firm’s image and made them less favorable royal members.

After Queen Elizabeth II’s death, her daughter-in-law, Camilla, became Queen Consort. In a message marking Her Majesty’s 70-year reign as England’s head of state, the monarch said she wished for Camilla to be bestowed with the title once her son became King.

Camilla, formerly Duchess of Cornwall, received the title upon her husband, King Charles III’s ascension to the throne. 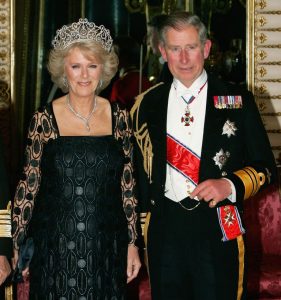 Camilla Duchess of Cornwall arrives with Prince Charles at a banquet in Buckingham Palace on October 25, 2005 in London, England | Source: Getty Images

Per People, Queen Consort is a traditional title given to the reigning monarch’s wife. The Queen title is only reserved for female figureheads who became sovereign throughout the line of succession.

Despite the difference in the said titles, “It’s likely that Camilla will be commonly styled as Queen Camilla.” Moreover, her friend of over 40 years believes she will do the role justice.

The High Sheriff of Wiltshire, Lady Lansdowne, told BBC that the royal was destined for the Queen Consort role. She said Camilla would shower her spouse with immense support during his reign.

Lady Lansdown noted her dear friend knows what the role entails and would have no problem getting it right. She said the King’s wife would be willing to accept advice but would “naturally know the right thing to do,” adding”

“I don’t think anyone could do it [Queen Consort] better than she is.”

Lady Lansdowne stated the royal couple make an exceptional team and work well together because they have an easy-going relationship.

However, things are not always smooth sailing for the Queen Consort, as her destiny is the opposite of what it was supposed to be.

Camilla Queen Consort Was King Charles’ Mistress
Per NBC News, when King Charles, former Prince of Wales, was married to his first wife, Princess Diana, he publicly admitted to having a long-time affair with his now-wife.

Photographs of Prince Charles and Camilla Parker Bowles dominating British daily newspapers as they sit on display in a newsagents on February 11, 2005 in London, England | Source: Getty Images

Once the extramarital affair became public knowledge, the media wrote scathing articles about King Charles and his mistress, which led the Princess of Wales to reveal the third party in her marriage to the father of her two sons.

Consequently, she and the heir to the throne divorced in 1996, a year after Camilla and Andrew parted ways in 1995. Interestingly, King Charles expressed no interest in remarrying if he were to divorce Princess Diana. 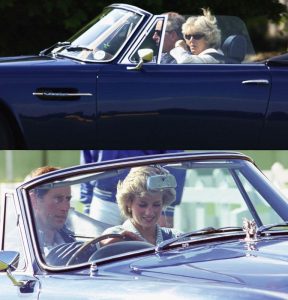 The pair first met and fell in love in 1972. Against all odds, they officially wed in 2005 in a civil ceremony at Windsor Guildhall. 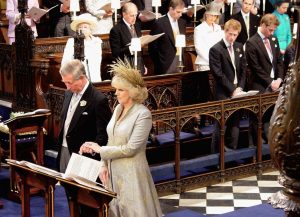 The newlyweds publicly showed affection by caressing each other’s hands, the bride beamed, and the groom was overwhelmed with joy.

Although nothing went wrong that day, the atmosphere was somewhat tense. Per Sarasota Herald-Tribune, Queen Elizabeth distanced herself from the couple, as did her husband, Prince Philip. 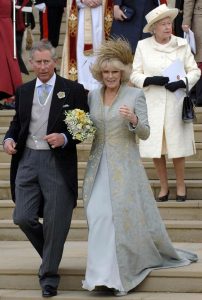 In addition, the Duke of Edinburgh – who was said to have had a hostile relationship with his son – reportedly wrote a letter to Princess Diana, stating that he preferred her as opposed to Camilla as a daughter-in-law.

Moreover, the day Queen Consort married into the Royal Family, she needed a title, but that process took longer than expected to make a final decision.

Camilla Refused to Accept Her Future Title
Camilla initially did not want to become Queen Consort once her future husband became King. Seeing she was already in the public’s bad books, she decided against the title.

However, Paddy Harverson, then communications secretary for Clarence House, stated that the legal advice for Camilla to be Queen Consort did not prevent her from choosing a different title. 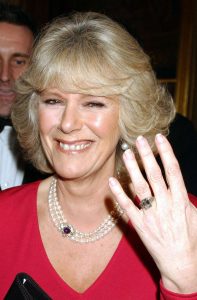 Camilla Parker Bowles showing off her engagement ring upon her arrival for a party at Windsor Castle on 10 February, 2005 in Windsor, England | Source: Getty Images

Then Prince Charles agreed with her choice to choose another title which became Her Royal Highness, Duchess of Cornwall, instantly after they wed instead of his first wife’s Princess of Wales title.

Per Today, Camilla had chosen to be known as Princess Consort once her husband became King. Per Slate.com., the title was specially created for her because making her queen would have led to PR issues for the Royal Family. 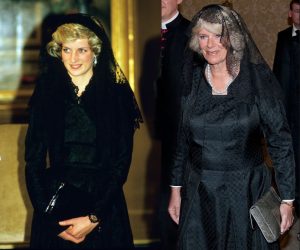 Composite image comparison between Princess Diana as she arrives at the Vatican in April 1985 and Camilla, Duchess of Cornwall meeting Pope Benedict XVI at St. Peter’s Basilica on April 27, 2009 in Vatican City, the Vatican | Source: Getty Images 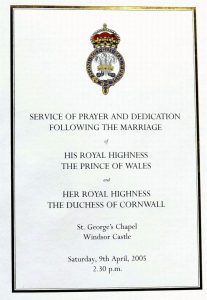 The official program for the Service of Prayer and Dedication for TRH Prince Charles, the Prince of Wales, and Camilla, the Duchess Of Cornwall, blessing their marriage at Windsor Castle on April 9, 2005 in Berkshire, England | Source: Getty Images

However, things have changed over the centuries as divorcees now receive blessings when they marry by civil ceremony – which is what the royal couple opted to do.

Still, marrying him does not automatically make her queen, which is odd because back then, the wife of a reigning monarch was always one.

Haigh believes the royal has redeemed herself over the last 25 years; hence the royal matriarch “rewarded her for her loyalty”. Over the years, the Queen Consort has engaged in philanthropic causes, raised awareness about societal issues such as domestic violence and osteoporosis, and has been commended for her unassuming ways.

In June 2022, royal commentator Richard Fitzwilliams told Express that Britons had developed fondness toward Camilla Queen Consort, adding that people have noticed how well she has been doing since joining the Royal Family.

He added that she is “supportive” of her spouse, they have “similar” pals, are age mates and both “have the same sense of humor.”

Before Her Majesty died, she wished for her daughter-in-law to become Queen Consort as she continues her service despite the scandals she has caused the Royal Family.

Fitzwilliams praised the monarch for the decision saying it was a “masterly stroke” on her part, seeing it would prevent future chaos once she passed away. 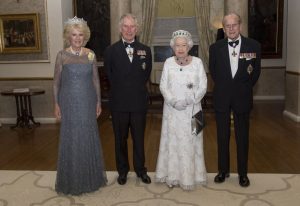 Camilla, Duchess of Cornwall, Prince Charles, Queen Elizabeth II and Prince Philip pose as they attend a dinner at the Corinthia Palace Hotel in Attard during the Commonwealth Heads of Government Meeting (CHOGM) on November 27, 2015 near Valletta, Malta | Source: Getty Images

Camilla’s new title has raised many eyebrows because of her reputation, but Haigh believes she will keep a low profile as Queen Consort.

However, some people are still unhappy about her being part of the Royal Family, especially now that she has become Queen Consort.

Britons shared their public opinions with NBC News. Laura Musco, from Hampshire, noted how things would have panned out had things turned out differently. Musco said fellow British natives would have embraced Princess Diana much as they did with the late Queen:

“If history were different, we would have a Queen Diana right now.” 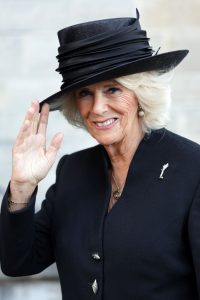 However, Richard Morris of Buckinghamshire stated he felt indifferent about Camilla as Queen Consort – saying he was glad King Charles had a companion supporting him.

In contrast, Morris added, “She will be Queen Consort – not the queen. For most of us, there’s only one Queen, and that’s the one who’s just died.”