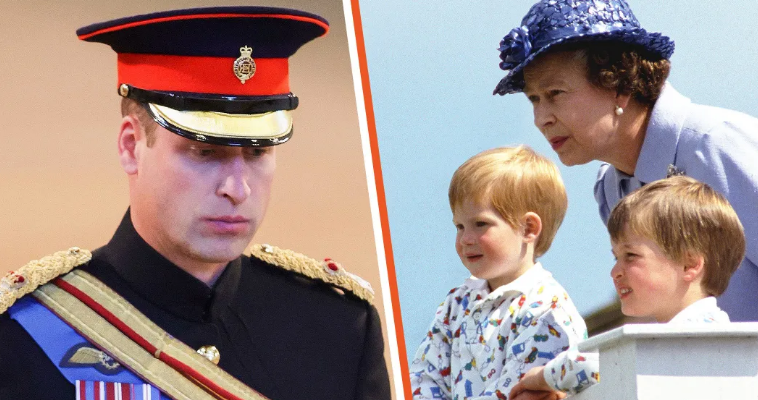 “Having lost my mother at a young age, it’s been particularly important to me that I’ve had somebody like the Queen,” Prince William pays tribute.

Prince of Wales, William, has bid farewell to Queen Elizabeth II who played an integral part in his life. Not only did the monarch help raise her grandson, but she also groomed him as the future King of England.

Prince William paid a heartfelt tribute to his beloved grandmother, Queen Elizabeth II, following her passing on September 8, 2022, at age 96. 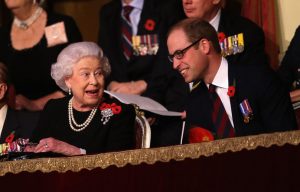 Queen Elizabeth II and Prince William pictured in the Royal Box at the Royal Albert Hall during the Annual Festival of Remembrance on November 7, 2015 in London, England | Source: Getty Images

Per the Daily Mail, the Prince of Wales posted a message on Instagram in which he revealed Her Majesty was beside him through the ups and downs of his life.

The said message came after the royal matriarch’s death, wherein the royal acknowledged the support the sovereign had given him through his trials and tribulations – and for being there for him and his younger brother Prince Harry – following the passing of their mother, Princess Diana: 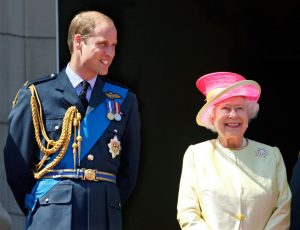 When the Princess of Wales died in August 1997 in a car crash, her sons were only 12 and 15 years old. After she passed, her mother-in-law stepped in to care for her boys and fiercely protected them.

The princes grew incredibly close to the Queen as teenagers. Speaking ahead of the monarch’s 90th birthday in 2016, Prince William thanked his grandmother for her unwavering support throughout the years:

“Having lost my mother at a young age, it’s been particularly important to me that I’ve lost somebody like the Queen to look up to and who’s been there and who has understood some of the more complex issues when you lose a loved one.” 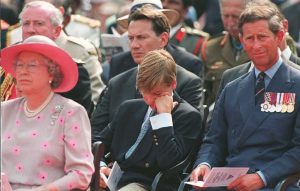 The royal expressed gratitude for the “guidance” the Queen showed him and was appreciative to have learned a lot from her. He said it would take a while for her death to sink in, adding the monarch always said:

“Grief is the price we pay for love.” 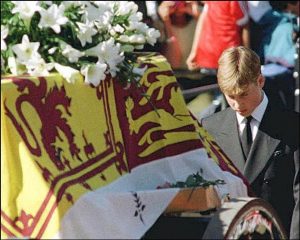 Prince William walks with his head bowed behind the coffin of his mother Diana, Princess of Wales draped in the Royal Standard, on its way to London’s Westminster Abbey for the funeral ceremony on September 6, 1997 in London, England | Source: Getty Images

In August 2022, the lead investigator on Princess Diana’s fatal crash, Lord John Stevens, recalled speaking to Prince William and Prince Harry about their mother’s death in an interview with Us Weekly.

Stevens admitted that it was “difficult” to discuss the unfortunate circumstances with the royal brothers. He was accompanied by two other people who were part of the investigation to Kensington Palace. When they arrived outside, they were told the boys only wanted to see him alone. 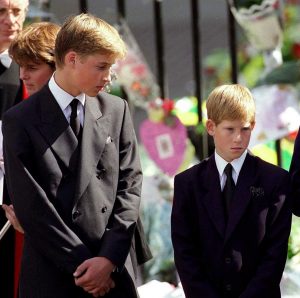 Prince William and Prince Harry stand outside Westminster Abbey at the funeral of Diana, Princess of Wales on September 6, 1997 in London, England | Source: Getty Images

Stevens went inside and had a long conversation with the princes, which took a while. “I outlined the conclusions for about 10 or 15 minutes, and then the rest of the time was them asking me questions,” he recalled.

According to Stevens, the young royals had no clue about the circumstances surrounding their mother’s death, where she passed, and her last words.

The former police chief regarded the conversations he had with Prince Harry and Prince William as “very emotional” for both of them, adding they were more upset about the cause of their mother’s death:

“I have to say. I was quite emotional about it myself. They were angry about the paparazzi, who they thought were much behind what had occurred by chasing the car and making it go at 75 miles an hour. They weren’t too happy about that.”

The Prince of Wales remembers all the memories he shared with the Queen after Princess Diana’s passing and previously mentioned that her funeral would be difficult.

The Royal Family Bid Farewell to the Queen
Per the Daily Mail, the burial was difficult for the Prince of Wales and Duke of Sussex, who bid farewell to their grandmother at Westminster Abbey, the same place they said goodbye to their mom, said, royal experts. 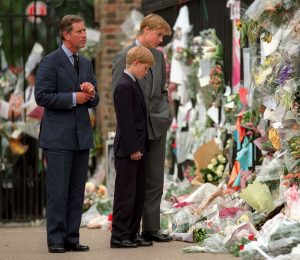 “The emotion of the actual funeral service will certainly be hard for them as they remember their own mother’s funeral under the same roof of Westminster Abbey.”

Richard Fitzwilliams added that the experience would, without a doubt, evoke those devastating feelings as the princes would be expected to walk behind the Queen’s coffin from Buckingham Palace to Westminster Hall.
Fitzwilliams stated there were heightened emotions during Princess Diana’s funeral. He described her as a selfless individual who reached out to those less fortunate and was generous to them despite her living in misery herself.

When recalling that experience, Prince William admitted in the 2017 BBC documentary “Diana, 7 Days” that it was heavy on him:

“It was one of the hardest things I’ve ever done, that walk. It felt like she was almost walking beside us to get us through it.”

Prince William and Prince Harry laid their dearest mom to rest on September 6, 1997. They walked a two-mile route alongside their father, now-King Charles III, grandfather, Prince Philip, and their uncle, Charles, Earl of Spencer, from Kensington Palace to Westminster Abbey for her service. 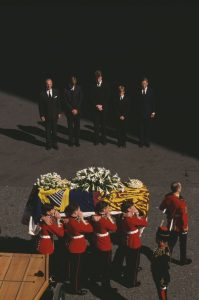 The royal siblings buried their grandmother on September 19, 2022, in a state funeral in London. Per People, they walked next to each other during the procession.

Beside the Duke of Sussex was their cousin, Peter Philips, and beside the Prince of Wales was his eldest child, Prince George. They were joined by their father, who walked in the first row behind the coffin alongside his siblings, Princess Anne, Prince Andrew, and Prince Edward.

As Her Majesty’s funeral procession moved past the Cenotaph in London, the King, Princess Royal, Earl of Wessex, and the Prince of Wales, saluted in memorial to Britain and the Commonwealth soldiers. They died in the First and Second World Wars. 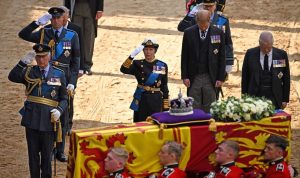 Meanwhile, Prince Harry bowed his head while passing the Cenotaph. He and his uncle, the Duke of York, wore suits while senior royals sported military uniforms because they are not working royals anymore.

Moreover, the Queen’s brood and grandchildren stood in formation behind a gun carriage that carried the monarch to her final resting place. There were two minutes of silence before sounds of tapping boots in unison on the cobbles and shouted military orders broke outside Westminster Hall.

The sovereign’s journey to her final resting place began in New Palace Yard with a procession to Westminster Abbey. Tens and thousands of crowds captured the historic moment as they filled the streets to say their final goodbyes to England’s longest-reigning monarch.