After watching her youngest grandson being mistreated by the family while he solely cares for her, a smart grandmother throws a bomb on her greedy relatives by bringing out her will unexpectedly.

To say Brad was dissatisfied with his life would be an understatement. He hated it. And more than his life, he despised his father, Anthony, but he could never say it aloud.

Brad was raised by his father after his mother died shortly after giving birth to him. Anthony wanted Brad to follow in the footsteps of his older brother, James, who was a boxer. But Brad didn’t want to.

Brad had dreamed of becoming a nurse. Medicine was his goal, not boxing. And when Anthony learned about it, he was furious.

“A nurse?!” yelled Anthony. “Do you want to spend your life around those sick and half-dead lying on hospital beds? No! That’s not going to happen!” 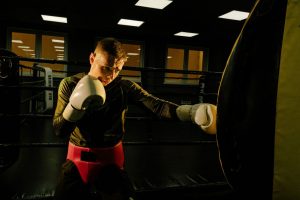 “Dad…” pleaded Brad. “I want to. It’s my dream to help people. I love medicine.”

“You’re too young to know what’s best for you, boy! Did you forget about how I raised you and your brother? I sacrificed everything for you two, and now that you’re all grown up, you want to go against me?”

After that, Brad couldn’t say anything more. That’s how Anthony had always been. A total control freak and emotional blackmailer.

“You were turning him against me! You’re the one who messed up his head with that nursing course!”
“Man up and stop crying over spilt milk!”

“Men never cry! That’s only for the weak! I didn’t raise you to be a coward!”

Things had reached a point where he was not allowed to cry or show his emotions. He felt stifled in Anthony’s presence but couldn’t convey it to anyone, except his Gran Poppy. 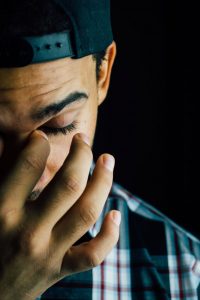 “Let me guess, it’s your father again,” she said as soon as she noticed Brad’s pale face.

Brad had started paying frequent visits to Poppy after the rest of the family had excluded her. She was diagnosed with a progressive cardiac condition and was forced to stay in bed. Brad took care of her because he loved her. She was always kind and supportive of his dreams.

“He decided it for me, Gran. I am going to be a boxer. It’s okay; I guess I can do that for him. He is, after all, my father… Anyway, I feel obligated to listen to him after everything he’s done for James and me.”

“Oh, dear. You’re certainly innocent, Brad. Your father is my son, and I know him inside and out! He can’t put up that loving father image in front of me!”

“Do you know why no one comes to see me, Brad? They despise me. Your father and your older brother and his family just don’t want me around. That’s why they stopped paying me visits.” 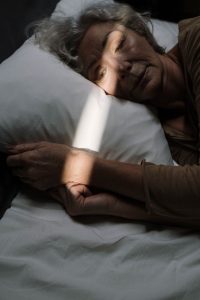 “Busy?” she laughed. “You know why I can’t be upset with you, even though I’m annoyed that you’re being duped by your father knowingly? You’re like your mother. She, too, was very kind. I preferred her to your father. But, alas, God took her from us far too soon. They’ll all be sorry one day. I promise that. And I will help you become a nurse. You’ll be the best nurse around. That’s a promise, dear.”

Brad was a young man, and at an age when he should be bothered about his dreams, he was carrying the weight of his Gran’s care on his shoulders. Of course, he couldn’t be with her all the time because of his boxing training, which Anthony had compelled him to take.

He had, however, hired a nurse for Poppy. He was working part-time at a diner to afford it, which Anthony didn’t approve of. But they’d made a deal that he would give it his all in the forthcoming boxing tournament, and Anthony had agreed. 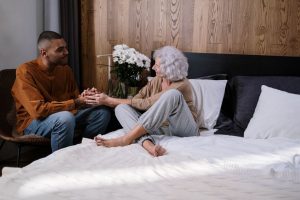 Months later, Poppy’s condition began to deteriorate, regrettably for the worse. She wasn’t in the best of health, to begin with, and she believed her end was near, so she decided to call her family to her home.

“My lovely children and grandchildren,” she stated, and she brought out a folder that she handed to her lawyer. “I’m afraid God may call me home soon, and I wanted this to happen right in front of my eyes. Mr. Peterson will now be reading my will to all of you…”

Clearing his throat and noting everyone’s presence in the room, Mr. Peterson began to read the will.

“…Mrs. Poppy D’souza wishes to leave her residence to her youngest grandson, Brad, as well as her savings worth $20,000,” he stated. “Nothing follows.”

“To Brad?” screamed Anthony. “I’m your son! How could you leave it to him when you know I’m here? Are you insane?” he yelled at his mother so loudly that everyone turned to look at him.

“Why can’t I?” retorted Poppy. “Brad deserves it while you and your elder son’s family don’t! Didn’t you all push me away when I became ill?” 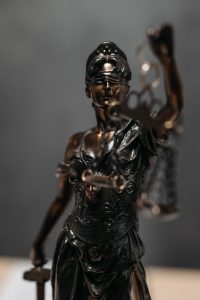 “Because you were poisoning Brad’s mind! You were turning him against me! You’re the one who messed up his head with that nursing course!” Anthony screamed, and Brad’s eyes welled up.

“Excuse me?” Poppy laughed. “You were never a father, Brad. Your children are not like bank investments in which you put money and expect a return. You are expected to adore them and nurture them. Did you actually do that? No! You didn’t. Your son feels suffocated in your presence, he can’t even express himself. Is that how a father should be?”

“But Gran,” James chimed in. “I have three children, and we’re all cramped in a small house. You could be a little considerate, and—”

“Oh! How shameless can you get? You’re still thinking about yourselves?! What about Brad? What about his dreams? He will become a nurse as he wanted! He will do what he wants and if he needs help, I will give him that help!” 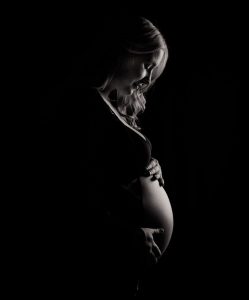 “I needed to, Brad. Your mother asked me to take care of you. I couldn’t do it due to my poor health, but I can do this. You must create a life for yourself apart from your toxic family, and I will help you. Do you remember what I promised that day? I promised to help you!”

A few months after this, Poppy left for her heavenly home. Brad was shedding tears as he laid flowers on her grave and promised not to disappoint her.

And, of course, he didn’t. Brad is now a successful nurse, and he has made Poppy proud. Every time he visits her grave, he feels her presence, like she’s gazing down at him and complimenting him from above.

“Remember I had said you would be the best nurse out there? You did it, Brad, and I am proud of you!” a silent voice assures him. 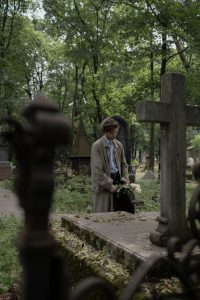 MAN POSES WITH HIS GRANDMOTHER | SOURCE: FLICKR/IREANATZI007 (CC BY 2.0)
SOURCE:AMOMAMA