After a source claimed that Prince Harry and his brother would never agree to Camilla Bowles getting the Queen title, Queen Elizabeth expressed her contradictory wishes. What effect did the Monarch’s decision have on the Royal Family? Find out.

Camilla Parker Bowles and Prince Charles’ love story remains one of the most controversial. Despite marrying Princess Diana, the Prince of Wales never stopped loving his former girlfriend (Bowles), and soon, the pair started having an affair.

By 1996, Diana and Charles’ marriage finally ended, and the question “could Bowles become the next Queen of England?” became a debate. With all these going on, some people, including Prince Harry, knew nothing of Bowles’ identity. 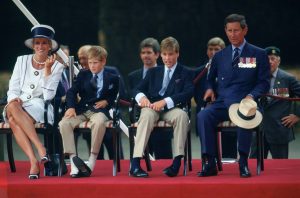 Prince Harry Has Kicked Off His Shoes Whilst Watching The Vj Day 50th Anniversary Parade. He Is Sitting With His Family – Diana, Princess Of Wales, Prince Charles And Prince William. | Source: Getty Images

Princess Diana could not answer her son’s question. Instead, she told him it was something he needed to ask his father. Eight months later, Diana passed away, and months after her death, Prince William and Prince Harry finally met Bowles.

Prince William’s first encounter with the Duchess happened on June 12, 1998, at the St James’s Palace. The former had unexpectedly dropped by at the Palace without knowing Bowles would be there. 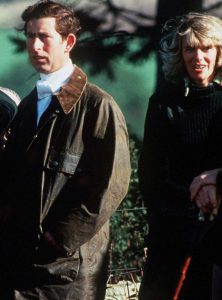 Prince Charles and Camilla Parker Bowles in the U.K. in 1979 | Source: Getty Images

Nevertheless, the first encounter went well as William and the Duchess talked for about 30 minutes, after which the latter reportedly said she needed “gin and tonic.”

Unfortunately, Bowles’s first meeting with Prince Harry was not as smooth as her and William’s. An insider revealed that it was uncomfortable for the young Prince, who wanted his late mom and was missing her. The insider recalled that Prince Harry did not want to be there.

BOWLES’ JOURNEY TO BECOMING A MEMBER OF THE ROYAL FAMILY 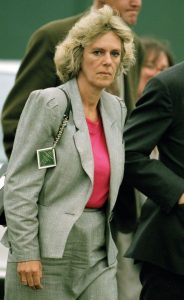 Despite Prince Harry’s reaction during his first meeting with Bowles, Prince Charles still kept the Duchess close. In August 1999, she and her children joined the Prince of Wales and his two sons on a family holiday in Greece.

Slowly, Prince Harry became comfortable around his step-mom, and the latter was accepted into the Royal Family. In June 2000, Bowles finally met Queen Elizabeth at King Constantine of Greece’s 60th birthday party at Highgrove. Two years later, the Duchess of Cornwall moved in with Prince Charles. They stayed at Highgrove, Gloucestershire, and later moved to Clarence House. Upon her move, the Royal Family made it known that the decoration of Bowles’s suite would not be done using the public’s funds.

For the next few years, Charles and the Duchess would live happily as an unmarried couple. But on April 9, 2005, they finally had their happy ending. They tied the knot at Windsor Guildhall, Berkshire. 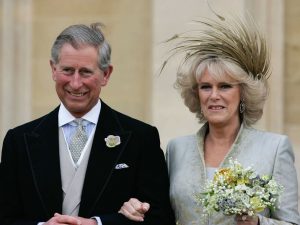 Unfortunately, Queen Elizabeth did not attend the wedding ceremony due to her role as Head of the Church of England, which was against divorce.

However, later that day, the Monarch and her late husband, Prince Philip, showed their approval of the union by hosting a reception for the couple at Windsor Castle.

WHAT WILL BOWLES’ TITLE BE WHEN HER HUSBAND BECOMES KING? 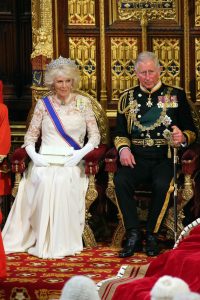 Camilla, Duchess of Cornwall and Prince Charles, Prince of Wales attend the State Opening of Parliament on May 8, 2013 in London, England. | Source: Getty Images

Due to Bowles’s position as the wife to the heir to the throne, there have been unanswered questions about what title she will receive when the Prince of Wales ascends the throne.

It is believed that the Duchess will be given the title of Princess Consort instead of Queen, seeing that she contributed to the end of Prince Charles’s first marriage. However, the Prince of Wales appears to have a contrary opinion about his wife’s future title. 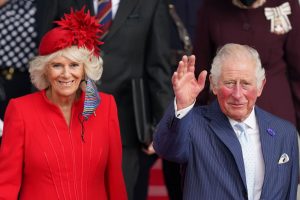 Prince Charles, Prince of Wales and Camilla, Duchess of Cornwall leave after attending the opening ceremony of the sixth session of the Senedd at The Senedd on October 14, 2021. | Source: Getty Images

During an interview with Brian Williams, Prince Charles was asked if Bowles would become Queen of England if and when he became King. The Prince replied, “that could be.”

However, despite Prince William’s response, which caused an uproar, Buckingham Palace noted that nothing had changed and that Bowles would be given the title of Princess Consort. 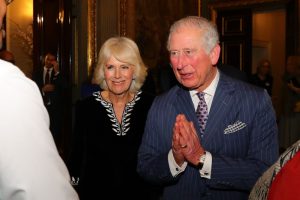 It was saddening for Prince Charles as he had always wanted his sons to accept Bowles as his full Queen Consort when he became King.

“He’s fixated about it — something he never stops trying to negotiate with both of them. But they will never say ‘Yes’ to Camilla taking the place their mother should have filled,” Prince William’s friend once said. 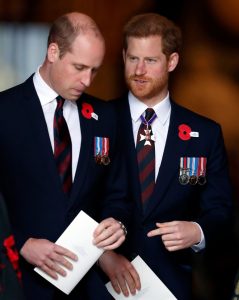 Historian Robert Lacey confirmed William’s friend’s words about the brothers’ refusal to accept Bowles as Queen’s support. Lacey revealed that Prince Charles had been lobbying for support to get his wife the Queen title, making Prince Harry and his brother sick.

“Privately, I discovered both brothers are sick to the back teeth of Charles trying to negotiate full Queen status for Camilla,” Lacey once confessed. 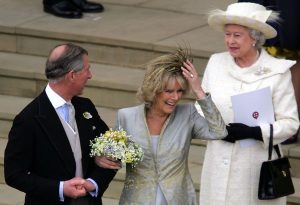 In February 2022, Queen Elizabeth left many tongues wagging after expressing her desire for Bowles to be crowned Queen when Prince Charles became King. In a written message to England, a few months before her Platinum Jubilee celebrations, Queen Elizabeth said :

“I remain eternally grateful for and humbled by the loyalty and affection that you continue to give me. And when, in the fullness of time, my son Charles becomes King, I know you will give him and his wife Camilla the same support that you have given me.” 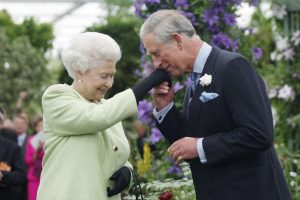 Prince Charles and Queen Elizabeth II on May 18, 2009 in London | Source: Getty Images

“And it is my sincere wish that, when that time comes, Camilla will be known as Queen Consort as she continues her loyal service,” she added.

Later that month, Royal Author Christopher Andersen revealed to Us Weekly that the Queen’s surprising decision was “driving a wedge in the Royal Family.” 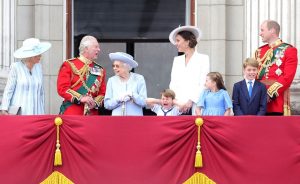 According to Andersen, Prince Harry and Prince William were utterly blindsided by Queen Elizabeth’s decision. Following the Monarch’s words, the world awaits what will unfold upon Prince Charles’s ascension to the throne.

For now, all seems well in the Royal Family as Prince Charles, Bowles, and Prince William appeared with Queen Elizabeth on the Buckingham Palace balcony to mark the end of the Platinum Jubilee celebrations.