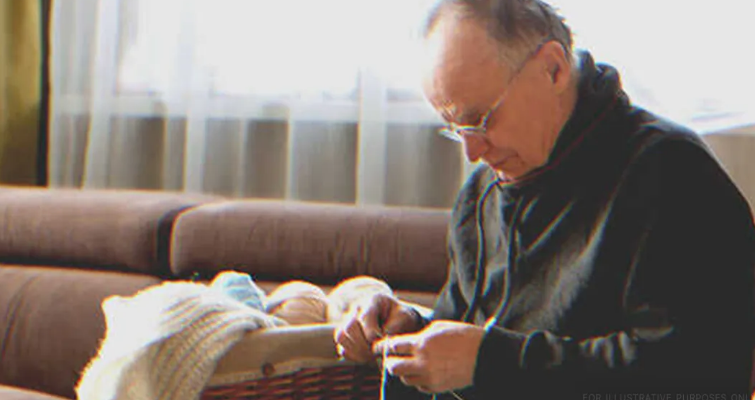 Robert was alone at home, his mind fondly remembering the chapter of his life that began with his late wife’s love for knitting. Just when he thought he would be spending another Thanksgiving alone, a few unexpected visitors showed up at his door.

“Has anyone seen my sweater?” Robert asked out loud.

When you’re almost 75 and have been living alone for the past eight years like Robert, you might start talking loudly, too – to yourself or the objects around the house.

He put it on with childlike excitement and stared into the mirror.

“My wife Gina made this for me, you know,” Robert continued as he ran his hands along the neatly woven lines of the sweater. “Eight years ago, a few weeks before she died….” 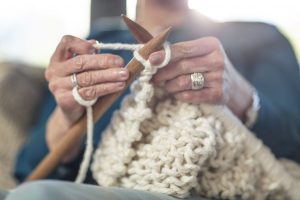 Robert could picture Gina sitting on the chair by the window, knitting away for hours, and looking at people going by outside.

He remembered how excited she was when she got her first ball of yarn and knitting needles at her retirement party.

“She would spend hours learning to knit, practicing different kinds of weaves….” Robert said as he sat in the same chair by the window.

“And oh, the joy on her face when she knit her first two pairs of baby socks for our newly born grandkids! She was ecstatic!” Robert laughed at the memory of her little victory dance.

When the babies outgrew the socks, their mother was about to throw them away when Robert stepped in. “I’ll take these and a few other clothes to the children’s shelter,” he said. 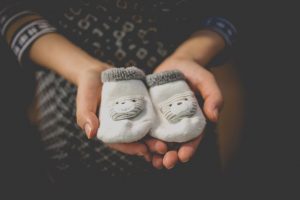 That was the first time he got a glimpse of the lives of children at a group home. With low funding, the children were living on minimal supplies. It broke Robert’s heart when he saw some of them running around with worn-out socks.
“So I came home and told Gina that she should knit more socks for the kids at the shelter. And it felt wonderful to her to be needed in the community,” Robert told the coffee table.

“So over the next year, she knit. And then, she knit some more. Pretty soon, I visited the group home every month, delivering new pairs of socks to children who needed them.

“Until one afternoon, while I was reading in bed and she had been knitting. Gina put the needles down and walked over to me with a strange sense of purpose.

“She kissed me, lay on my chest, and said: I love you, Robert!

“And she never woke up from that peaceful nap. 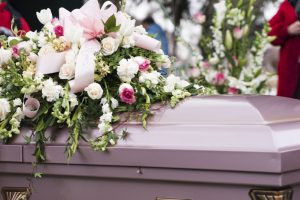 “Weeks grafted by, and the clump of unfinished socks lay on her seat just the way she had left them. In a moment of clarity, I decided to learn how to knit, so I could finish what my Gina started,” Robert said, lifting his spectacles to wipe his tears.
“I started knitting and delivering the socks myself. But my visits to the shelter became about much more than that.

“You see, a group of five young boys in the home used to wait to see me every week.

Don’t forget the elderly men and women who shaped you.
“Those boys were energetic and mischievous, but they wanted to learn about the world waiting for them outside the shelter.”

Robert, who loved talking to children, would sit down with them on the grass, telling the future men stories of courage and kindness, and asking them thought-provoking questions. 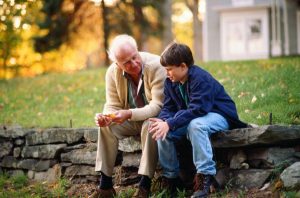 “On the other hand, my own children thought I was crazy. Firstly, they didn’t expect a retired Physics professor to take up knitting. And secondly, they thought I was foolish for giving them away for free.
“So my new sense of purpose gave my kids one more reason to grow apart from me. And even on a day like today, Thanksgiving day, they found a way to wiggle their way out of coming to visit me.

“Seeing this house, Gina’s home would have been quite something, filled with conversation and laughter again.”

Instead, Robert’s son had asked the old man to go to his house in the city.

“You must take two buses and walk for maybe 15 minutes. You can do that, right?” the son had asked, knowing that his father had been having severe knee pain for months. 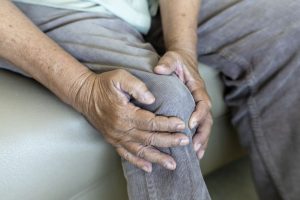 “So here I am, all alone, spending another Thanksgiving talking to you guys,” Robert sighed, looking around the empty house.
“I wish my children and grandchildren would walk through that door right now, their faces smiling, their voices saying ‘Happy Thanksgiving!'”

Just then, the doorbell rang.

With a slight change of detail, Robert answered the door, not knowing his wish was about to come true.

Five young men stood on his porch, cheering together. Their faces looked vaguely familiar. Robert took a moment to reflect, and his heart skipped a beat when he realized who they were.

They were the same boys Robert would spend time with at the shelter years ago. 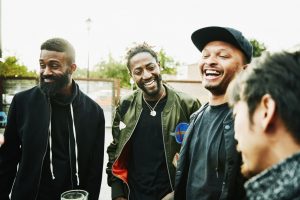 ‘This is an even more beautiful surprise!’ he thought as he hugged each of them and welcomed them into his home.
He thought the boys would have forgotten him, especially after they all found foster parents. Robert stopped showing up because of his deteriorating health.

“Grandpa Bo, we hope you like large groups of people. Because when we decided to come to spend Thanksgiving with you, our parents wanted to tag along, too. They’re all right outside in their cars. They come bearing food and festivities. Is it okay if they join us?”

Robert couldn’t have been happier meeting the proud parents of the young gentlemen.

It was like a familiar dream, watching the empty house come alive, with decorations being put up and dinner set. The hustle and bustle in his otherwise quiet house were like music to Robert’s ears.

“That sweater still looks great on you, by the way,” one of the five young men said. “And we got you something to go with it.” 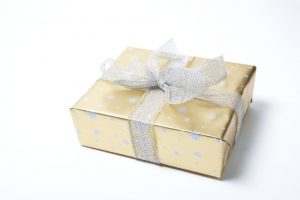 They huddled around Robert and handed him a gift. A hat, a knit scarf, and an unusually small pair of handmade woolen socks were wrapped in golden paper.
“You kept the socks I knitted for you…even after all these years!” Robert couldn’t believe what he was looking at.

“We all did! We’re saving them up for our kids!” another young man added.

Robert sighed with joy and burst into tears.

The old tea kettle whistled to join the old man in expressing his happy tears.

On every Thanksgiving for the rest of grandpa Bo’s life, he was surrounded by the families of those five gentlemen who looked up to him. 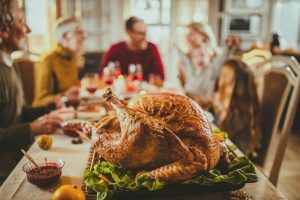